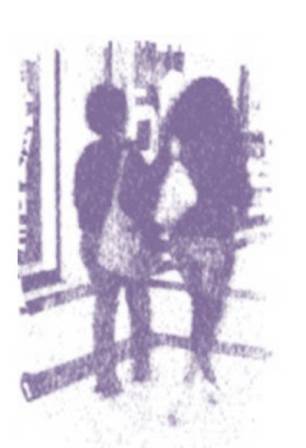 TRAFFICKING
The situation in Ireland: The 2008 US State Dept “Trafficking in Persons Report” said “Ireland is a destination country for women, men, and children trafficked for the purposes of commercial sexual exploitation and forced labor…..Women from Eastern Europe, Nigeria, other parts of Africa as well as smaller numbers from South America and Asia, have reportedly been trafficked to Ireland for forced prostitution. Labour trafficking victims reportedly consist of men and women from Bangladesh, Pakistan, Egypt, and the Philippines, although there may also be some

victims from South America, Eastern Europe, and other parts of Asia and Africa.
An Irish NGO reported that most forced labour victims are found in domestic labour, and restaurant and agricultural work. Unaccompanied minors from various source countries, particularly in Africa, represent a vulnerable group in Ireland that may be susceptible to trafficking and exploitation.”   The 2008 report went on to say that – “The Government of Ireland does not fully comply with the minimum standards for the elimination of trafficking; however, it is making significant efforts to do so. Irish officials have shown considerable political will in combating human trafficking through the drafting of new anti-trafficking legislation, but key deficiencies in the areas of prosecution, protection, and prevention remain.”  The report goes on to recommend that Ireland should “Enact comprehensive anti-trafficking legislation; establish formal policies and procedures to ensure victims are provided with access to protection and assistance in coordination with anti-trafficking NGOs; and implement a visible trafficking demand-reduction campaign in Ireland.”
In 2012 the same report said Ireland is a destination, source, and transit country for women, men, and children subjected to sex traficking and forced labor.  It’s not just a matter of people being trafficked into Ireland.  Irish people have been trafficked (documented evidence of Irish people being trafficked for labour in Australia and for prostitution in the Netherlands exists) and also people have been trafficked through Ireland to other counties.  Although the scope of trafficking has increased the 2012 Report tells of significant improvements in Ireland. “The Government of Ireland fully complies with the minimum standards for the elimination of traficking. The governmenttook important steps to investigate and prevent domestic servitude among employees of diplomats posted in Ireland.
During the year, the government prosecuted and convicted a sex traficker for the prostitution of a minor. The government, however, has yet to fully prosecute and convict any traficking offenders, as defined by international standards using the country’s 2008 anti-traficking law. The government developed victim-centered care plans for many traficking victims, provided holistic care through the provision of temporary residency permits and associated services, and continued to provide funding to NGOs that provided specialized assistance to traficking victims. All identiied victims received services regardless of immigration status.”
The US State Dept Report nothwithstanding many Irish NGO’s criticize what they see as the inadequate care and insuficient protection of victims’ rights.”
Return to previous page