NEED TO PROTECT VICTIMS: While Ireland has gone some way to enacting suitable laws  and policing it still lacks the policies and support structures for victims of trafficking.  These need to be developed and they must be victim centered.  Their primary role must the protection of victims so that they will have the confidence to break away from the traffickers who control them through fear and coercion.

Victims need to know that if they do report to the authorities that they will be protected and not be re-victimised by being treated as criminals or as illegal aliens who will be deported.  Good legislation, policies and a place of safety would greatly assist their recovery and also make breaking out a less daunting prospect.

Building the structures that would allow this to happen is the most humane and caring way of meeting the Christian obligation we have to care for those who have become trapped and enslaved by trafficking.

In 2012 the Irish Government entered into a process of public consultation in relation to a review of legislation on Prostitution.  In response Cois Tine made a submission based on the relationship between human trafficking and prostitution that was established in research undertaken for its publication “Open Secrets, and Irish perspective on trafficking and witchcraft.”  This submission stressed the need for a balance between prosecuting traffickers and protecting victims.  To read submission click here 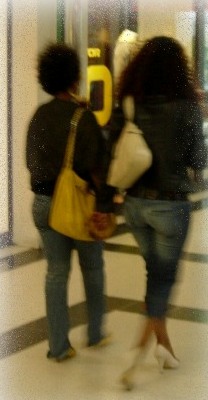 The points below list things that can be done to reduce and stop the suffering caused by trafficking and to deal with traffickers.

• Acknowledge that trafficking in Ireland is generated by demand within Ireland.
• Educate and raise awareness of the effects and causes of trafficking.
• Commit to pray for victims of trafficking and its eradication throughout the world.
• Support efforts to enact victim centered laws which treat those who have been trafficked as victims not as criminals.
• Support efforts to build inter-agency structures based on best practice already established in other countries that protect and support victims – e.g. by granting residence permits, providing safe houses and a culturally sensitive support network for victims.
• Give victims time to recover and not forcibly repatriate them.
• Give support to victims without any preconditions or requirement to cooperate with Garda investigations.
• Provide practical support and make resources, both financial and human available to assist victims.
• Introduce strong laws against traffickers.
• Cooperate with national and international partnerships to combat and prosecute traffickers.

These points need a commitment and action on many levels. Government must enact legislation, lead policy development and provide resources.  Statutory bodies, NGO’s and Faith Groups must work to develop support networks and structures. They can also contribute by providing spiritual, human and financial resources.  Individuals can become involved, firstly by informing themselves and through supporting the work of other groups through prayer, volunteering, campaigning and by providing financial support.