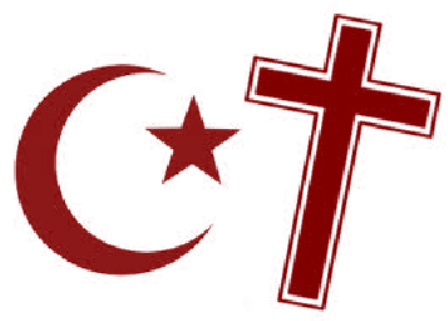 A meal to mark the end of Ramadan and to acknowledge the effort and commitment of those who undertook the fast was held at Cois Tine on the 29th of August. Forty five people attended.  Some were first time visitors to Cois Tine.   Five of those who attended this event had also participated in the Muslim Christian women’s meeting the previous Saturday.

The event began with a Reflection on the meaning of Ramadan given by Yasir Yunis. This was followed by the recitation of Sura al Fatiha, the first Chapter of the Quran and an explanation of the use of the statement often used by Muslims – Al hamdu lillah – meaning Praise be to God.

The common belief of Muslims and Christians in God was highlighted as were the values of family and love. The idea of being a community through sharing a meal was also elaborated on by Fr Donbosco Mawdsley SMA who was visiting from Rome. This was followed with a Christian prayer of thanks to God after which all shared a meal.

This event was recognition of and a reflection on some of the common values held by Muslims and Christians. The invitation to this meal came from Cois Tine, a Christian organisation, as a mark of respect for the prayer and devotion shown during Ramadan by our Muslim brothers and sisters who come to Cois Tine. While we do not accept part of each other’s beliefs there are things that we share in common and that we see as good in the faith of the other. Praise be to God.