Home News “Let us not grow tired of doing good” 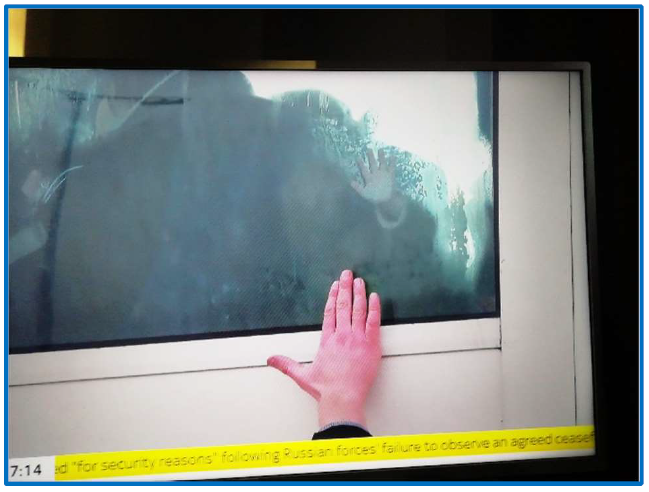 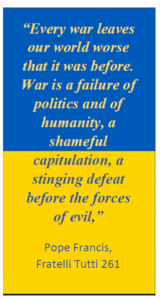 Just a week after it began I flicked between news channels. In disbelief, I saw destroyed buildings, soldiers, tanks, explosions and people whose lives had changed completely.

One image summed up the injustice of this war. A father standing in the cold, looking through the fogged-up window of a bus at his wife and child inside. As he reached up to touch the glass, his child also placed a small hand on the window. Separated by glass and torn apart by war, this was how they said farewell, the man remained while his family travelled to safety in Poland, not knowing if they would ever be together again.

By now such partings have, without any exaggeration, been repeated millions of times. As I write, three weeks into the war and over 3 million refugees have left Ukraine. Commentators fear a long protracted war so many more will be forced to follow.

Beyond Ukraine, in Europe and elsewhere, we hope and pray that the war does not spread. But no matter what happens its economic and social impacts will last for many years and will become more difficult.

The immediate response of countries and individuals to the plight of Ukrainian Refugees has been united, laudable and very positive. A huge effort to welcome and support refugees has been put in place and is supported by Governments and by the generosity of people all around Europe, resulting in funds and convoys of needed materials being sent for distribution to refugees. Borders have been opened and immigration restrictions removed in many countries so that those who have lost everything can find a place and support while they rebuild their lives.

As time goes by, as the number of refugees increase and as economic impacts bite the unjust effects of this war will be become even more evident and responding to them more difficult. How will we individuals and Christians respond? The words of St Paul to the Galatians give good advice:

“Let us not grow tired of doing good, for in due time we shall reap our harvest, if we do not give up. So then, while we have the opportunity let us do good to all.” Gal. 6:9-10

The generosity and support for Ukrainian refugees has so far been magnificent, truly human and Christian. But it will be a long haul and perhaps the most generous and Christian thing we can do is to sustain the positive response we are now making. There is still a lot to be done and a big part of that doing will need to happen within ourselves – in making sure that we do not harden our hearts so that; we do not grow tired of doing good – of doing what is right so that in due time we reap a harvest of peace.