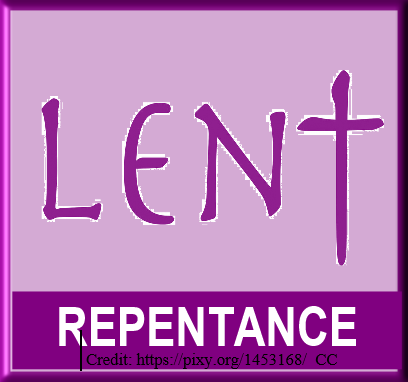 A priest in one of our Houses was known for his wise sayings. A favourite adage of his was: ‘You never get a second chance to make a first impression’. True enough! Most people judge us by the first impression we make on them and only rarely do they change their opinion. So first impressions are important. We may not get another chance. Fortunately, God does not deal with us in this way, as today’s gospel shows. He is a God of second chances, a God ‘of compassion and love, slow to anger and rich in mercy’, as today’s responsorial psalm reminds us. The parable of the barren fig tree illustrates this truth.

A fig tree planted in a vineyard should have ideal soil conditions to produce abundant fruit, certainly after three years! Sadly, the tree in the parable has remained fruitless. Initially, the owner of the vineyard wants the gardener to cut it down as it is taking up precious ground that could be put to better use. However, the gardener appeals to his master to let it be for another year, during which time he will ‘dig round it and manure it’ (Lk 13:9). The point of the story is that, just as the gardener was patient with the fig tree, so God is patient with us and gives us ample chances to bear fruit. For our part, we must not squander these chances. We must repent. Jesus warned his contemporaries: ‘Unless you repent, you will all perish’ (Lk 13:3). Repentance is a core gospel imperative. Jesus begins his proclamation of the Kingdom of God with the injunction: ‘Repent and believe the Good news’ (Mk 1:15).

But what is repentance? The English word has the rather unfortunate connotation of  ‘regret’, ‘remorse’ and ‘guilt feelings’ over something we did in the past. Such feelings can tend to lock us into the past rather than lead us towards future God wants us to embrace. To understand what Jesus means when he calls  us to repent, we need to go back to the Hebrew word for repentance, which is ‘teshuva’. This word is derived from the verb ‘to return’ and its focus is not on the past but on the future. Teshuva is not an emotion or feeling of regret, but a decision – a decision to turn away from where we are headed and move toward God. It is a turning away from the darkness toward the light. It is a joyous home-coming not a sad departure. It is allowing God to draw us toward Himself and transform us into ‘children of light’ (1 Thess 5:5). For this to happen we must be willing to let go of the past and open our hearts to the new person God wants us to be. And we must believe that the God of compassion and love can transform and re-create us in the image of his beloved Son.

During a retreat I gave many years ago, one of the priests doing the retreat told me that he did not believe it was possible for people to change in any fundamental sense after the age of twenty-five. ‘I am the same guy I was forty years ago,’ he argued. ‘I have all the same faults and I hope at least some of good points I had when I was ordained. The only change I notice in myself is that I am now less naïve about life and the possibility of change.’  The only response I could make was that he had probably changed more than he realised and, even if his attempts to change did not seemed very successful to him, Jesus was not so hard on failure. What he could not tolerate was self-righteousness or complacency.

Our greatest sin, and the biggest obstacle to our repentance, may be our reluctance to believe that God really loves us. If we truly experienced God’s love, we could not help but be  transformed  by it. Sadly our understanding of God is often clouded by our own fears and anxieties, so we turn away rather than approach him in trust and confidence. A poem I came across many years ago illustrates this point.  It was written by the well known New testament scholar, N.T. Wright, following a visit to the Louvre museum. He had to view Leonardo da Vinci’s famous painting, the Mona Lisa, from behind thick glass, owing to security concerns. All the reflections in the glass obscured his view of those bewitching eyes in the portrait. This experience, he says, shows us how we often view God, the world and one another through the ‘projections of our own anxieties’.  Here is the poem.

A Paris newcomer, I’d never been
Followed by those dark eyes, bewitched by that
Half-smile. Meaning, like beauty, teases, dancing
In the soft spaces between portrait, artist,
And the beholder’s eye. But now, twice shy,
She hides behind a veil of wood and glass;
And we who peer and pry into her world
See cameras, schoolchildren, other eyes,
Other disturbing smiles. So, now, we view
The world, each other, God, through prison glass:
Suspicion, fear, mistrust–projections of
Our own anxieties. Is all our knowing
Only reflection? Let me trust, and see,
And let love’s eyes pursue, and set me free.

Let us trust then. And let love’s eyes pursue and set us free. It’s what repentance is all about.