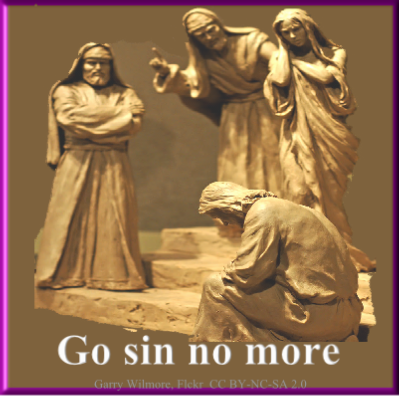 Theme: The God of Mercy and Compassion

Mercy is the most striking manifestation of God’s love as reflected in the life and ministry of Jesus. The God of Jesus Christ is, above all, a God of mercy and forgiveness. This is shown supremely in Jesus’ death on the Cross, when he prays to his Father to forgive those who are crucifying him. This was indeed an extraordinary, though not surprising act of forgiveness. It came as the climax of a life and ministry marked by consistent and compassionate outreach to sinners. In the words of the American poet, Robert Frost:

Christ came to introduce a break with logic
That made all other outrage seem as child’s play:
The Mercy on the Sin against the Sermon.
Strange no one ever thought of it before Him.
‘Twas lovely and its origin was love.

The God revealed in the life and ministry of Jesus Christ is a God who not only forgives, but who delights in forgiving, who reaches out to the sinner, who actively seeks out the lost, who loves the company of sinners. It was Jesus’ compassionate outreach to sinners which led him into conflict with the Scribes and the Pharisees, who prided themselves on their strict observance of the law and who despised all those who were not like themselves: the uneducated, the morally weak, the tax collectors, the public sinners, the prostitutes.

This conflict is highlighted in the dramatic scene presented in today’s gospel passage from John. The Scribes and Pharisees bring forward an unfortunate woman caught in the act of adultery for him to condemn her in accordance with the Law. John, however, pinpoints their real motivation. They did not need Jesus to condemn her; they had already done that; they wanted to use her as a bait to trap Jesus. They wanted ‘to test him, that they might have some charge to bring against him’ (Jn 8:6). Without condoning or trivialising the woman’s sin, or appearing to contradict the Law, Jesus finds a way to turn the tables on his opponents and show mercy to the woman. He invites them to look first into their own hearts and judge themselves before stoning the woman: ‘Let the one who is without sin be the first to throw a stone at her’ (Jn 8:7). These words of Jesus dissolve a nasty and extremely dangerous situation. The opponents of Jesus, realising that that they are not without sin, walk away one by one – displaying, in this instance at least, an admirable honesty. Left alone with the woman, Jesus says to her: ‘Neither do I condemn you; go and sin no more’ (Jn 8:11). Jesus’ act of compassion and forgiveness must surely have given this humiliated and terrified woman the freedom and the strength to turn her life around. It is worth noting that Jesus’s forgiveness here precedes the call to repentance, whereas we usually think repentance as an essential precondition for forgiveness.

Though Jesus did not come to abolish the Law, mercy was his number one priority. But what is mercy? It is that divine creative impulse, the fruit of God’s unconditional love, which heals the wounds caused by human sin, sows seeds of hope where there is despair, restores broken relationships, and draws life from the teeth of death. It was this impulse that determined the life and ministry of Jesus. It was the elixir of divine mercy that enabled him to fulfil his mission of life-giving service: ‘I have come that you may have life and have it to the full’ (Jn 10:10).

At the very heart of Jesus’ message and ministry was a concern for the integral well-being of human beings, created in the image of a God who is Love. From Jesus’ words and actions, it is clear that God wants us to be healed, to be fully alive and well, at all levels of our being: spiritual, psychological and physical as well as social and political. Jesus’ entire ministry was the outward expression, the sacrament, of God’s mercy and compassion. In the words of Pope Francis: ‘Faced with a vision of justice as the mere observance of the law that judges people simply by dividing them into two groups – the just and sinners – Jesus is bent on revealing the great gift of mercy that searches out sinners and offers them pardon and salvation.’

I will end with a story which illustrates the nature of mercy. ‘One day a mother came to plead with the Emperor, Napoleon, for her son’s life. The young man had committed a very serious offence for which the penalty was death. The Emperor was determined to ensure that justice would be done. But the mother insisted, “I have come to ask for mercy, not justice”. “But he does not deserve mercy” answered Napoleon. “Your Excellency”, said the mother, “it would not be mercy if he deserved it.” “So be it”, said Napoleon. “I will have mercy on him.” And he set her son free.’

Like grace, mercy is pure gift. In the words of Portia in The Merchant of Venice, ‘it droppeth as the gentle rain from heaven/upon the place beneath… It is an attribute of God himself. And earthly power doth then show likest God’s when mercy seasons justice.’