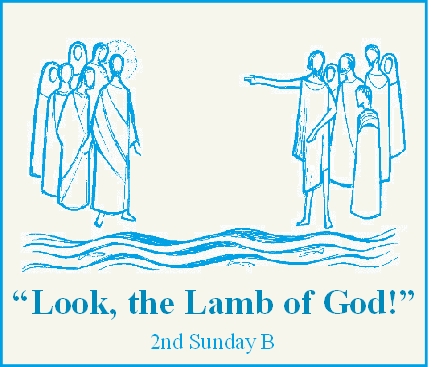 ‘Speak, Lord, Your Servant is Listening’

Today’s readings are all about responding to the call of the Lord. The first reading describes the call of Samuel, the son of Hannah and Elkanah in their old age. During the night young Samuel hears a voice while serving in the sanctuary of the Lord. Thinking it is the high priest, Eli, who is calling him, he goes to him to find out what he wants. We are told that at this time Samuel had ‘no knowledge of the Lord and the word of the Lord had not been revealed to him’ (1 Sam 3:7). It is Eli who eventually recognises that the Lord is calling Samuel and who tells him to respond with the memorable words ‘Speak, Lord, your servant is listening’ (1 Sam 3:9).

These words serve as a template for all who seek to discern the call of the Lord in their lives. They also indicate the attitude we should have when we pray. Sometimes we turn Samuel’s words on their head and say or think: ‘Listen, Lord, your servant is speaking’. Of course, the Lord listens to us, but we must first listen and pay attention to what he is saying to us. And he speaks to us not only in Scripture, but also in the book of nature, through others, and in our everyday experiences. Let us attend to his voice and follow the example of Samuel, whom we are told ‘grew up and the Lord was with him and let no word of his fall to the ground’ (1 Sam 3:9).

The gospel reading today is John’s account of the call of the first disciples of Jesus, Andrew, his brother, Simon Peter, and John. John and Andrew were already disciples of John the Baptist and it was the Baptist who identified Jesus for them, saying ‘Look, there is the Lamb of God’. The Baptist’s use of the messianic title, ‘Lamb of God’, shows that he recognises Jesus as the Messiah and is prepared to let his own disciples follow Jesus. It also explains why Andrew and John immediately leave the Baptist and follow Jesus [not even waiting to say ‘goodbye’]. Jesus then turns around to them and asks them what they want, or what they are looking for – a searching question, indeed! It reminds me of the Diana Ross 1975 hit ‘Do you know where you’re going to?’ I quote the first verse of lyrics:

‘Do you know where you’re going to?
Do you like the things that life is showing you
Where are you going to? Do you know?
Do you get what you’re hoping for?
When you look behind you, there’s no open doors
What are you hoping for? Do you know?’

Almost certainly John and Andrew were hoping to find the Messiah, the one who would fulfil the promises made to the prophets of old and liberate the People of Israel from Roman oppression. We can also presume that, in common with most of Jesus’ contemporaries, they did not have any clear understanding of how the Messiah would fulfil this promise. They may have expected a great military leader who would mount a rebellion against Rome, or a great teacher of the Law. In any case they were prepared to allow Jesus to reveal himself to them. When they ask Jesus where he was living, Jesus doesn’t give them instructions on how to get to his house. He invites them, rather, to ‘come and you see’  for themselves. Jesus is saying to Andrew and John and also to us: ‘If you want to know me, you have to live with me’. He wants to have a personal relationship, a friendship, with those who wish to follow him. Andrew and John stay with Jesus ‘the rest of that day’. Andrew, convinced that they had found the Messiah, tells his younger brother, Simon Peter, and brings him to Jesus who looks at him intently and gives him a new name, Cephas, which means Rock.

I will conclude by highlighting the important lessons of today’s readings. First, like Samuel, we are reminded of the importance of listening and paying attention to the voice of the Lord and treasuring his word. Second, like Eli and Andrew, we are challenged to share the good news with others and lead them to the Lord, but then let the Lord take over. Don’t stand in the way. Third, we are challenged to clarify what we are looking for in life and what we are hoping for from the Lord. Finally, if we want to be true disciples of Jesus, we must be prepared to spend time with him and develop a personal relationship with him.

So we pray: Lord, help us to be always attentive listeners to your Word, to cherish it, taking time to deepen our relationship with you, and to lead others to you by the example of our lives.