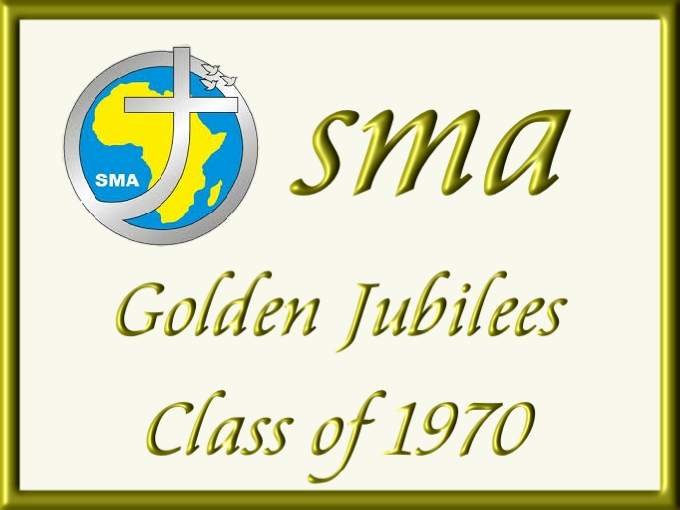 On the 16th of December 1970 sixteen members of the SMA were ordained Priests in St Colemans Cathedral, Newry.  Fifty years later, in December 2020, celebrations for the Golden Jubilees of the 1970 SMA Ordination Class took place but, due to Covid-19, not in the planned and customary way.  Instead of the coming together to celebrate fifty years of missionary priesthood the thirteen surviving members of this class marked the occasion apart and in ways that observed the safeguarding and social distancing requirements that the pandemic necessitates.  Smaller celebrations took place locally, in the SMA Houses where members of the Class of 1970 now live, in Dromantine, Wilton, Claregalway and Blackrock Road.

A short video about the Jubilee Celebrations can be viewed by Clicking on the play button in the image below.

“We thank God for each one of them and for the Blessing bestowed on them and for all that He achieved in and through them. Our warmest congratulations to them all.  We remember those of that class who have since died, Dan O’Brien and Ger O’Donoghue.”    Fr Malachy Flanagan SMA – Provincial Leader.