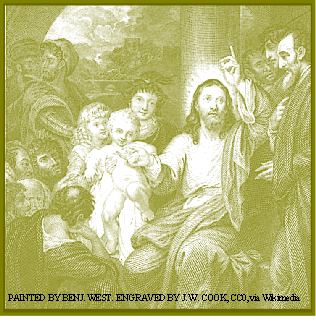 In some countries (e.g. Philippines, Nigeria..), people are often introduced by their title (e.g. Architect this, or Engineer that). Ordinary workers are introduced simply by their names without any title. The title obviously means a lot to some people, giving them a certain status, seen as the important people in society. As a consequence, some would have expected preferential treatment. Sometimes they would call the unemployed to do menial jobs for them while paying them very little.

A lot of people tend to define and evaluate people in terms of the job they do. Hence, if they learn that a person is a doctor, their estimation of that person goes up. But in learning that a person is an ordinary worker their estimation stays earthbound. This is unfair and rather silly. There’s something more important than the job, namely the kind of human being behind the job.

The apostles made the mistake of highlighting the position first. For them, the greatest was the one with the highest position. They thought Jesus would set up an earthly kingdom and so each wanted to get the top position there. But Jesus told them that that his kingdom was not about seeking honour and glory for oneself, but about serving others, telling them bluntly: ‘if anyone wants to be first, they must make themselves last of all and servant of all’. Jesus was saying that it’s not what I do, but what I am, that is important. One’s self-worth should not depend on the work one does. You can possess an attitude of self-worth and accomplishment regardless of what you do for a living.

The second reading tells us that wherever there is jealousy and ambition (of the wrong type) there one finds disharmony and disunity and all kinds of harmful things being done. False ambition is very damaging to the unity of a community. It springs from jealousy and selfishness. And it can result in all kinds of ugly behaviour.

Jesus went through Galilee instructing his disciples, telling them that the Son of Man would be delivered into the hands of men; that they would put him to death and after three days he would rise again. But they didn’t want to hear that kind of talk. Their minds and ears were closed to it. Yet is not this a very human reaction? Are we much different ourselves? Very often we hear only what we want to hear. Which of us, indeed anyone, understands the mystery of suffering, of hurting, and dying? Especially when it involves the innocent. Even with our faith, even with the promise of rising from the dead, a rising which we believe has been fulfilled in Jesus, it is good for us to be honest and say that many of us still struggle with the reality of suffering. C.S. Lewis, in his book The Problem of Pain, wrote: “God whispers to us in our pleasure, speaks in our conscience but shouts in our pain”.

Today’s gospel reading makes us wonder how Jesus could have chosen the ones he did. Self-seeking calculation had them quarrelling about which of them was the greatest, driven by selfishness and false ambition. Jesus did not abolish ambition. Rather he defined it. For the ambition to rule others he substituted the ambition to serve others. Where do we stand in all of this? What kind of ambition motivates us?

We are still amazed at the kind of fragile and flawed human beings that Jesus chose as his disciples. Before the resurrection they were generally of weak quality. Yet after the resurrection what an incredible change. They proclaim a most profound message and established a faith-community that has spread throughout the world down through the present day. Does it not show what is possible for each one of us if we call upon the Holy Spirit to help us?

Today we see the various people that God still calls to do his work.  We don’t mean only priests and religious. What more precious task could be entrusted to a human being that bringing another into the world and introducing them to God? What of so many who look after ageing relatives, those who visit people in hospitals, prisons and those living alone who need help etc? Any humble loving service done for another is greatly appreciated and rewarded by God. It also allows us to do whatever we can to make the world a better place to live in.

“Lord Jesus, help us not to judge others by titles or by the money they earn etc. but to see them as you do, beloved daughters and sons, instruments of your love to others. When pain and suffering come our way, help us to trust that you will see us safely through the pains, sufferings and tragedies of life.”