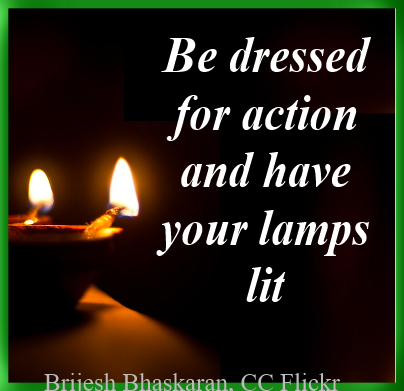 According to the nineteenth century French philosopher, Charles Peguy, ‘the faith that God loves best is hope.’ As our second reading today illustrates, it is this kind of faith that Abraham, our Father in Faith, models. On the basis of a divine promise, he and his wife Sarah, both of them well on in years, leave their homeland and embark on a dangerous journey to a distant and unknown land. ‘It was by faith, Abraham obeyed the call to set out for a country that was the inheritance given to him and his descendants, and that he set out without knowing where he was going. By faith he arrived, as a foreigner in the Promised Land and lived there as if in a strange country’ (Heb 11:8-9).

This dynamic, forward-looking, image of faith is a far cry from the understanding of faith that I grew up with and that continues to inform my life, the kind of faith celebrated in that rousing hymn, Faith of our Fathers – faith as fidelity to a sacred tradition. Abraham’s faith was more about moving forward in trust than about holding on to something handed down. In the words of Samuel Johnson, his faith was ‘a triumph of hope over experience’. I believe that this kind of trusting, hope-filled faith, is particularly relevant for the time in which we live.

The image of faith as journeying forward in hope also surfaces in our first reading from the Book of Wisdom. This book was written in the first century before Christ to encourage the Jews living far from their homeland, and strengthen their faith in the future kingdom God held in store for them. The passage read today recalls the night God liberated their ancestors from slavery in Egypt and gave them the courage to set out on a journey into the desert in the hope of reaching the promised land. ‘That night had been foretold to our ancestors, so that, once they saw what kind of oaths they had put their trust in, they would joyfully take courage’ (Wis 18:6). It was this kind of courageous, joyful faith that nurtured the lives of our missionary forebears – men and women who spent their lives sowing the seeds of God’s Word in far flung regions of the globe, many of whom died without seeing the fruits of their labours.

The opening words of today’s gospel passage from Saint Luke recall Jesus’ touching appeal to his disciples not to be afraid but to to trust in the kingdom the Father has in mind for them: ‘Fear not, little flock, for it is your Father’s good pleasure to give you the kingdom’ (Lk 12: 32).  Fear, not doubt, is the opposite of faith. ‘Fear not’ is Jesus’ most frequent exhortation to his disciples. Fear can paralyse us, holding us locked in the past, unable to move forward. The faith Jesus is looking for involves letting go of those things we imagine will make our lives secure – our possessions. In today’s gospel, Jesus challenges his disciples to sell their possessions and give alms (cf. Lk 12:33).

The courageous, forward-looking, faith that inspired Abraham and the Israelites and that Jesus requires of us is never easy. In the anxious and uncertain time in which we live, it is particularly demanding. The kingdom of the Father – the kingdom of universal justice, peace and love – that Jesus proclaimed seems to be a long way off. Daily, the media confront us with horrific images of war, hardship, loss and grief. By human calculation, the future seems bleak. While the world teeters on the brink of ecological disaster, political and religious institutions are becoming increasingly polarised and unable to unite in addressing the greatest threat that humanity has ever faced.

At a time like this, we tend to hold on grimly to the familiar terrain of the past rather than embrace the unknown future. But our Christian faith calls to move forward with hope in our hearts. This is the faith that we celebrate in every Eucharist. In the Eucharist we recall and re-enact what Jesus did on the night before he died – how, in the face of betrayal, suffering and death, he took bread and wine, blessed them and shared them with his disciples. This was surely the greatest act of hope-filled faith the world has every known. Hence, as Timothy Radcliffe O.P., the former Master General of the Dominicans, reminds us, ‘the Eucharist is not a cheerful gathering of nice people who sing songs and feel good. It is an outrageous expression of hope in defiance of everything that could destroy it’ (The Tablet, 16 July ‘22, p. 13).

Our Christian faith calls us to continue to witness to this defiant hope, even when the familiar moorings of our world seem to be collapsing around us. Faith does not guarantee that things will always work out for the best, at least not in the way we might expect. We are reminded of the words of Václav Havel, former President of the Czech Republic: ‘Hope is not the conviction that something will turn out well, but the certainty that something makes sense regardless of how it turns out’. And to live by this hope-filled faith is to be fully alive. It is to live in every circumstance with a light in our eyes and a spark in our hearts. It is to become clear signposts, pointing ‘to a city founded, designed and built by God’ (Heb 11:10).