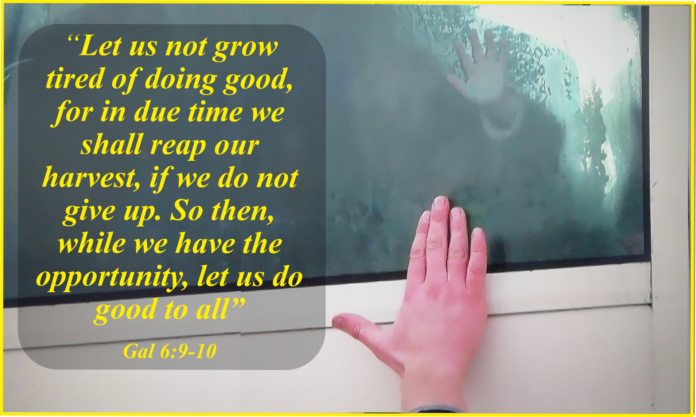 Theme: The Demands of Christian Discipleship

The message of today’s readings might be summed up in the words of a popular Christian hymn, I have decided to follow Jesus. Based on an Indian folk song, the simple yet stark words of this hymn remind us of the radical choice involved in becoming a true disciple of Jesus:

Our first reading recounts the prophetic call of Elisha. Elisha was a wealthy farmer who owned twelve yoke of oxen. He was ploughing his land when the Lord called him through the prophet Elijah. By throwing his cloak over him, Elijah was investing him (Elisha) with the same prophetic mission he himself exercised. Conscious of the dramatic implications of this call, Elisha requests that he be permitted to bid farewell to his parents: ‘Let me kiss my father and my mother and then I will follow you’ (1 Kgs 19:20). Following his farewells, he makes a clean and definitive break with his past. He slaughters his oxen, shares a final meal with his servants and leaves everything to accompany Elijah and ‘learn the ropes’ from him. For Elisha, responding to the prophetic call meant taking a leap of faith, making a radical commitment and having the courage to stake everything on God’s plan for him.

In today’s Gospel, Luke focuses our attention on Jesus’ total commitment to the mission entrusted to him by the Father. As he begins the final stage of his earthly journey, Jesus ‘resolutely takes the road for Jerusalem’ (Lk 9:51), well aware of the fate that awaits him there: rejection by the Jewish leaders, betrayal by his disciples, torture and death at the hands of the Roman authorities. But, for him, there is no turning back. He will be faithful to his prophetic mission to the end, no matter what the cost. Jesus also reminds his disciples that following him is no easy option. Those who wish to do so must ready to endure many hardships: ‘Foxes have holes and the birds of the air have nests, but the Son of Man has nowhere to lay his head’ (Lk 9:58). Christian discipleship is not for the faint-hearted nor is it for those who want to have their cake and eat it. If we wish to follow Jesus we must choose him and his values over and above all others. Like Elisha, and all the great prophets, we are challenged to stake everything on God’s plan for us.

Jesus requires nothing less than a total and unconditional commitment from his disciples: ‘Leave the dead to bury their dead, your duty is to go and spread the news of the kingdom of God…. Once the hand is laid to the plough, no one who looks back is fit for the kingdom of God’ (Lk 9: 60,61). On the face of it, these demands seem harsh and even unreasonable. As with many sayings of Jesus, such as ‘plucking out your eye’ or ‘cutting off your hand’ if these should lead you to sin, they are not meant to be taken literally. What Jesus is underlining is the single-minded dedication and unswerving commitment in the service of the Kingdom that must mark the lives of his followers.

Ultimately, Christian discipleship is about love. But this is a costly love that entails being prepared to resolutely take the road to Jerusalem and accompany Jesus on his journey to the Cross. It was on the Cross that Jesus revealed the depth of his love for us. As the Fourth Eucharistic prayer states beautifully, ‘He always loved those who were his own in the world. When the time came for him to be glorified by you, his heavenly Father, he showed the depth of his love.’ Nothing short of a total and consuming passion will enable us to accompany Jesus all the way to Calvary. However, we cannot generate this kind of commitment and summon up this ruling passion by own unaided efforts. Fortunately, as St Paul reminds us in our second reading, we have the gift of the Spirit to sustain us in our struggles to live as disciples of Jesus, but we must ‘walk by the Spirit, and not gratify the desires of the flesh’ (Gal 5:16).

The message of today’s readings is echoed in Pope Francis’ constant call to all members of the Church to become radical missionary disciples of Jesus,  reaching out in love to others, especially to those who live on the margins of society – the homeless, the migrants seeking safe refuge from situations of war and insecurity, the victims of human trafficking, among many others. Pope Francis exhorts us to imitate the example of Jesus and become passionate servants of God’s Kingdom of justice and love, truth and mercy in  our divided and uncertain world. He enjoins us to live lives of loving service in solidarity with the poor and oppressed, promoting all that is life-giving for others. Let us pray for the courage, generosity and humility to respond to the call of Christian discipleship, staking everything on God’s plan for us as individuals and as Church. Amen.