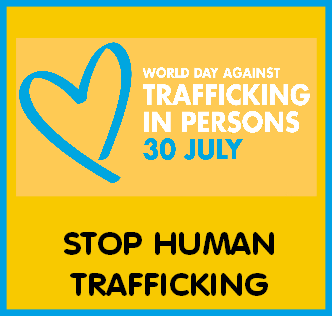 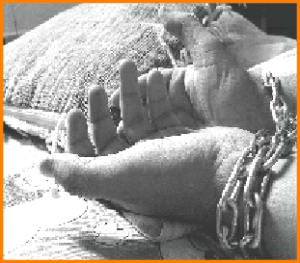 World Day against Trafficking in Persons is held on July 30th each year.  This year the theme set by the UN is “Victims’ Voices Lead the Way”. This focus aims to put victims of human trafficking at the centre of a campaign that will highlight the importance of listening to and learning from survivors of human trafficking.

The campaign portrays survivors as key actors in the fight against human trafficking and focusses on the crucial role they play in establishing effective measures to prevent this crime, identify and rescue victims and support them on their road to rehabilitation about this campaign Click Here.

People trafficking and modern day slavery remains a massive worldwide problem with very few countries immune to this injustice. Some of the information here has been published before on this website. For example the fact that today more people suffer the pain of slavery through human trafficking than during the entire 400 years of the transatlantic slave trade.

Human trafficking is not reducing, it is increasing rapidly.  In the past eight years the estimated number of human beings enslaved has grown from twenty-seven million to over forty million.

During the coming week a series of six short videos, produced jointly by the SMA and OLA Justice and Communications Offices will be published on SMA and OLA media platforms, including this website.  These will focus on Ireland and its response to Human Trafficking.

The information in these videos is based on the latest edition of the Trafficking in Persons Report (TIP) published in June 2021 by the US State Department.  This is the world’s most most comprehensive report on Human Trafficking and ranks each government on its anti- trafficking efforts.   The video series begins by defining Human Trafficking and then looks at;

To view these videos please return each day over the coming week.