Home ___Storage Previous Reflections The Earth is not a gift from our parents, it is a... 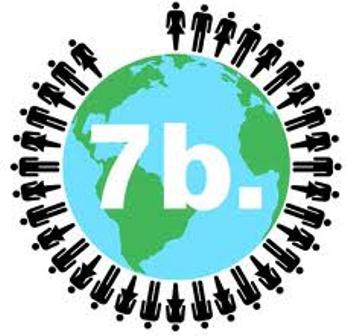 The Earth is not a gift from our parents, it is a loan from our children – Kenyan Proverb

On October 31 a baby was born somewhere in the world bringing the total world population up to 7 billion. That’s double what it was 50 years ago!  Serious questions are being asked about the capacity of the earth to support so many people.  If we all lived simply, cut out unnecessary spending, reduced our “ecological footprint”, then the answer probably is “yes it could”. But we in the Western world, including Ireland, don’t!  The greenhouse gases that we and other developed countries generate has triggered climate change and already some low-lying areas of the Pacific are being threatened by rising sea waters.  Other areas are experiencing drought and desertification, and almost everywhere there are extreme weather-related events that are disrupting millions.

We get off very lightly here in Ireland, in comparison. So will we continue to offer hospitality to people who, in the near future, will be seeking safety as “environmental refugees?”  It’s a very real question. Increasing population in poorer countries place increased stresses on already diminishing resources like water, food, shelter etc.

“While victims of political conflict are entitled to food and shelter through government and aid groups, environmental refugees are not yet recognized by international law.”  (As reported in the National Geographic News, Oct. 8, 2005)  Yet, the term “environmental refugee” is misleading, according to the same article, suggesting that the environment is at fault, when climate change has been scientifically established beyond doubt to be largely caused by human activity.

Christians are challenged here to make the issue of climate change and responding to it an integral part of our lived faith and mission and all of us, believers or not, must take up and reflect on our responsibilities towards our children and our children’s children.