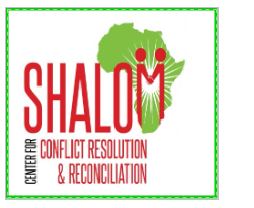 The Shalom Centre for Conflict Resolution and Reconciliation (SCCRR) is based in Nairobi, Kenya, East Africa. Founded in 2009 by SMA Father Padraig Devine, its aim is to help in resolving conflicts and to bring about reconciliation. SHALOM seeks to do this by promoting non-violent social transformation, integral human development and respect for local culture, traditions and justice.

A recent initiative addresses violence against women and children.

Responding to Shalom-SCCRR’s launch of Shalom Empowerment Center (SEC), aimed at transforming the lives of vulnerable and marginalized women and children in the extremely poor urban informal settlements, Mrs. Lucy Mukunjura, “The adverse life events and slum living conditions characterized by dire poverty, insecurity and violence, exposes women and children to shameful and stigmatizing conditions rendering them vulnerable and destitute. This calls for effective strategies and interventions to help them prevent and respond to the violence against them. The need for social support to women and children living in the informal urban settlements (slums) can therefore never be over-emphasized.”

Violence against women and children is a complex social problem in Nairobi’s urban informal settlements (slums). Exposure to various forms of harm and living in fear prevents women from fully realizing their potentials, reducing their wellbeing, and also reducing their contribution to the development of society. Like most urban slums in the world, women and children in Nairobi’s slums suffer a number of challenges, including fewer educational and economic opportunities, limited access to reproductive health services, poor representation in decision-making and high rates of violence. The latest survey by Trends and Insights for Africa (Tifa), shows that women are the majority victims of domestic violence at 52 percent followed by men at 37 percent and children at 36 percent. The survey conducted between September 24 and October 2021, shows that women continue to suffer from violence despite well-intentioned government efforts to end the vice.

Thousands of women and children in the urban informal settlements where the Shalom Empowerment Center (SEC) addressing violence against women and children works, suffer from violence of many forms — sexual violence, child and/or forced marriage, sex trafficking and rape – which are global public health problems of epidemic proportions. Lack of empowerment keeps women away from overcoming subjugation of violence. The negative consequences resulting from this violence include exposure to depression and suicidal tendencies, mental health issues, unstable family relationships, experiencing physical and psychological violence, risk of miscarriage and having low birth weight infants and delayed onset of prenatal care.

The cost and consequences of violence against women last for generations. Children who witness domestic violence are at increased risk of anxiety, depression, low-self-esteem, poor school performance, among other problems that harm their well-being and personal development. Mrs. Fransica Mbula, a health worker from Riruta underpins this by noting that, “Women and children in the informal urban settlements have undergone a lot of abuse and pain but they chose to live in their abusive conditions as they are not empowered on how to address these forms of violence.”

The establishment of the Shalom Empowerment Center (SEC) was born from an experience of the arduous and protracted social challenges that the organization has witnessed women, children and families face on a daily basis in the urban slum settings of Nairobi. Ms. Ilhan Ali Salah, in endorsing the center said, “In my short experience of the Shalom Empowerment Centre project, I can attest to the importance of this centre and its need for the vulnerable communities in the urban informal settlements and encourage support for the centre from all over the world.” The SEC is a high priority institution within the structure of the Shalom-SCCRR’s vision, mission and interventions that seeks to promote protection and respect for the human rights of women and children.

Shalom Empowerment Center (SEC) is committed to addressing all forms of manifest and structural violence inflicted on human life through research, training, development, and transformation of relationships for long-term conflict prevention and management. Since our inception, the SEC has been engaging influential women and youth leaders from 10 informal urban settlements or slum areas within Nairobi. In the past six months, the center has trained over 400 women leaders and 100 youth leaders as a basis for enabling them to be agents of transforming the key drivers of violence against women and children in their localities.

Appreciating the work of the Shalom Empowerment Center (SEC), Mrs. Elizabeth Odour from Mathare noted that, “women in the informal urban settlements have really bore the brunt of manifest violent conflict and they are not given an opportunity to participate in the transformation of these conflicts.” She lauded Shalom Empowerment Center (SEC) for the availability of a center where women are empowered with the analytical skills that will see the vulnerable and marginalized women from these locations play a crucial role in overcoming subjugation of violence in their conflict environs.

Ms. Catherine Maina, a para-legal and community leader from Mathare appreciated Shalom Empowerment Center’s (SEC) unique approach that sets out to establish the root causes, as distinct from just dealing with the symptoms, of conflict in specific target project areas. This, she underscores has been achieved through the tremendous rigorous work done by Shalom Empowerment Center’s (SEC) team of highly qualified peace practitioners.

Shalom Empowerment Center (SEC) actively trains and engages hundreds of women and men influential opinion shapers in working towards breaking the vicious cycle of conflict in the urban informal settlements of Nairobi. Since its founding, the organization has focused on addressing issues of women’s right to their dignity, safety and security. We believe that social protection systems and formation institutions for gender equality and the empowerment of women and girls are needed to ensure that the lives and dignity of women and their children are esteemed,

valued, and protected. Going forward, the Shalom Empowerment Center (SEC) hopes to establish similar empowerment centers in the Northern part of Kenya that will be addressing the different forms of violence facing the vulnerable and marginalized women and children from those regions.

The project is committed to empowering women and children to be significant architects of their own security and development whereby their human rights and dignity are respected and honoured. We focus on the unique needs of women, children and families in Nairobi’s urban informal settlements, recognizing their exposure to violence — manifest and structural, while ensuring that support is available.