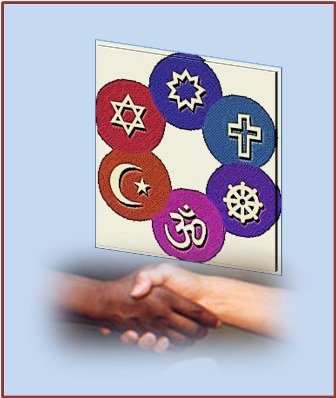 A  recent film that has gained extraordinary praise and popularity is the French film “Of Men and Of Gods”. It concerns the lives and fate of a small group of Cistercian monks, living in the Atlas Mountains of Algeria among the local Muslim villagers. It is a story of friendship and courage, and it is true. Cistercians are not social workers or “activists”; they don’t try to change the world. Their life is one of silence, prayer and hospitality. This is what they offered their Muslim sisters and brothers. In turn the Muslims offered the Frenchmen their trust, their friendship, and their own faith.

Living as neighbours with others who are different in culture, language and religion is demanding on both sides. But it can bring about the breaking down of barriers, and in that sense it is a wonderful opportunity and grace. Immigrants, refugees and asylum seekers offer us this opportunity. It is an opportunity for peace-making of the highest order, because it leads to deeper mutual understanding and enrichment.

“When an alien resides with you in your land, you shall not oppress the alien. The alien who resides with you shall be to you as the citizen among you; you shall love the alien as yourself, for you were aliens in the land of Egypt: I am the Lord your God. (Leviticus 19:33-34)  From its beginnings the Hebrew story was the story of a people in exile, of aliens resident in foreign lands suffering oppression and persecution.  This history of exile and exodus, particularly the escape from slavery in Egypt, revealed to the Israelites the nature of their God and defined their relationship with God and other people. Throughout the Hebrew Bible (Old Testament), God is identified as the God who cares for the exiled and the persecuted refugee. Hospitality to the stranger became one of the strongest moral forces in ancient Israel.

The Christian story continued to uphold God’s call to solidarity with the homeless. Jesus travelled through strange lands, choosing to spend time and share meals with the most marginalised and oppressed people of his society. He called on people to love their enemies, give all they had to the poor, and offer hospitality to strangers. In fact, it would be the way people responded to strangers and to the poor that would identify them as people of faith.

There is no question about the Christian response to asylum seekers and refugees. The Church is called to be a place of welcome. As faithful disciples we are to provide care and comfort to those who come to this land as strangers, seeking safety.”   Uniting Justice, Australia, website.