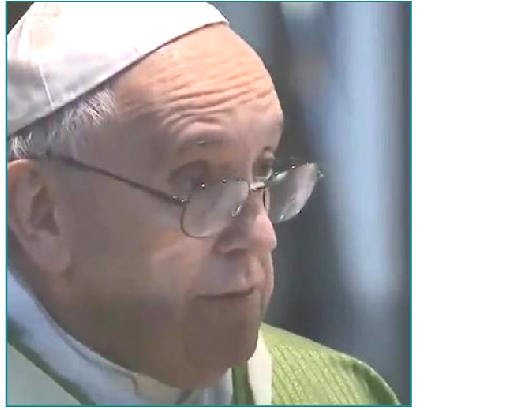 The people of Ukraine are at this moment enduring the harshness of a more powerful aggressor, Russia, under its leader President Vladimir Putin. Peoples of all faiths and none are dying because of their desire to live in a sovereign nation, free from tyranny. The actions of the EU, UK and the USA among others will do little to deter those who seek the destruction of the Ukrainian state.

As the reality of war in the Ukraine deepens and innocent lives are threatened and lost, Pope Francis invites us all, in response to the shocking ne 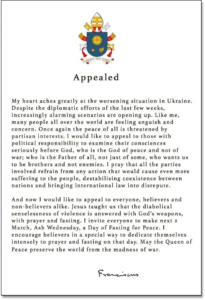 ws of the recent nefarious attack on Ukraine by Russian and separatist forces, “believers and nonbelievers alike”, to fast and pray for peace in Ukraine, on Ash Wednesday, 2 March.

“I encourage believers in a special way to dedicate themselves intensely to prayer and fasting on that day. May the Queen of Peace preserve the world from the madness of war,” (Pope Francis).

The Pope urgently appealed for all those “with political responsibility to examine their consciences seriously before God, who is the God of peace and not of war, who is the Father of all, not just of some, who wants us to be brothers and not enemies.”

Let us also pray for world leaders and those in key decision-making positions to be filled with the Spirit of peace.

Let us pray for Ukrainian people living in Ireland as well as remembering those Irish people who have made Ukraine their home. We pray for an end to war and a restoration of peace.

“Every war leaves our world worse than it was before. War is a failure of politics and of humanity , a shameful capitulation, a stinging defeat before the forces of evil”