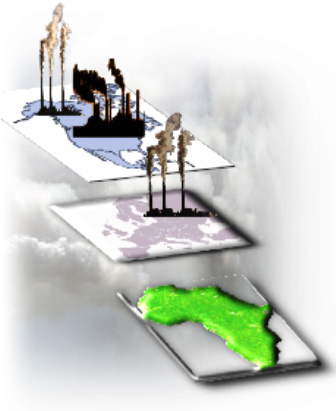 Climate Change a Triple Injustice for Africa and poorer nations
Africans cannot import foods from far away countries, they cannot or invest in large scale irrigation projects and they cannot afford the measures needed to reverse the effects of floods or drought. While most agree that greenhouse gas emissions must be reduced few (especially those living in the developed world) are prepared to lower their standard of living or to forego their right to “development” (i.e. those living the more industrialised developing countries such as China, India, Brazil etc). As a result Americans, Europeans and other newly industrialised countries are literally dumping the effects of their carbon emissions on Africa.

Injustice one: Climate change is hitting the poorest first and hardest – hundreds of thousands have already died or been displaced from worsening floods, droughts, heat waves, cyclones and disease that global warming is unleashing. Those most at risk are the poor in Africa and Asia.

Injustice two: Those most affected did not cause it and are powerless to stop it. Climate change has been largely created through the burning of fossil fuels by industrialized nations, with the richest being the most culpable. A member of the Government of Tuvalu, a Pacific Island‐nation disappearing due to rising sea‐levels points out: ‘Industrialized countries caused the problem, but we are suffering the consequences. It is only fair that people in industrialized nations take responsibility. It’s the polluter pays principle: you pollute, you pay.’

Injustice three: The polluters are not paying. In fact, greenhouse gas emissions (of which carbon dioxide accounts for 80 percent of warming, the others being methane, nitrous oxide and certain industrial gases) continue to rise in developed countries, despite agreements singed to reduce them.  Agreements to provide funding to mitigate the effects of Climate Change have yet to be put into effect.   When compared with the hundreds of billions devoted to bailing out the banks the injustice becomes even clearer.

back to climate change