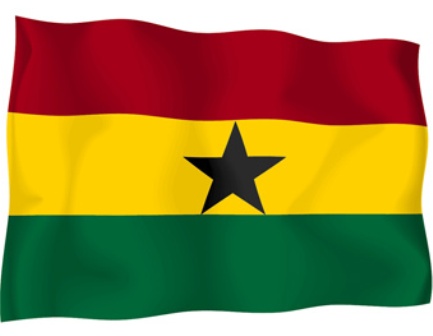 What is happening in Ghana’s upper west region is a scenario that is replicated to a greater or lesser degree across sub-Saharan Africa. The burden of climate change falls on Africa’s poor yet it is not Africa’s carbon emissions that have caused it. Africa is first to suffer but unlike the West it does not have the wealth to offset or cushion the effects of global warming. Climate change is not only destroying Africa’s land it also exposes Africans to health risks associated with heat waves, floods, wildfires, changes in infectious disease patterns, worsening food yields and the loss of livelihoods. The World Health Organisation estimates that climate related disease risks will more than double by 2030.

Climate change is already causing migration and the socio-political and ethnic tensions that inevitably accompany the movement of peoples. Rainfall in the Sahel region on the southern edges of the Sahara has been dropping since the 60’s and has contributed to conflicts in Sudan, Somalia and Eritrea. UN figures show that the number of refugees worldwide grew from 9.9 million in 2007 to 11.4 million in 2008. Half of this increase is accounted for by African refugees and climate change has been identified as one of the leading causes. In Ghana many people from the north cannot survive on the land, the resulting poverty forces them to migrate south to cities like Accra and Kumasi where they largely seek work doing menial tasks.
IS THERE ANY HOPE?
The arid landscape of Ghana’s upper west region clearly shows the effects of climate change. Yet it also has viable projects that, if replicated all over the area and indeed Africa, could reduce and even contribute to reversing it.

There are examples of community based projects, producing vegetables and other crops.  Shea Butter is being processed for the cosmetics industry.  There is also local use wild of Jathroba Tree Beans that could be developed into biofuel crop production.  People are willing to work to support themselves and because of this there is hope. What makes all of these projects work is that they are locally owned and controlled by people who have a vested interest in maintaining their livelihoods.  Imagine if these projects could be multiplied a thousand or even ten thousand times. Small local projects can provide sustainable livelihoods in an environmentally friendly and even renewing way. A key element in their success is local ownership. No doubt replicating these projects will require support from African Governments. The western world, as the major cause of climate change, has a responsibility to be part of the solution. The latest climate change summit in Cancun has agreed to set up a fund to help affected nations deal with the effects of climate change.  However it is not yet in place and not yet available to nations such as Ghana.  Hopefully the next Climate Change Conference in Durban in 2011 will lead to practical implementation.

Without doubt the most important thing that the Western world must do is to stop causing the problem.  It can do this by reducing its CO2 emissions.  The developed world also has a more immediate responsibility to support projects on the ground in places like Ghana. This will constructively buy time for gas emissions to be cut, sustain lives and at the same time protect and renew local environments. The most important thing is that it is done in a “hands-off” way.  If local people own, control and benefit from projects then they will have the greatest chance of success. The developed world can play a constructive role by providing the expertise and investment that supports local people to build environmentally sustainable livelihoods that they control. While African Governments need to be involved this should also be in a “hands off” way.   New oil revenue could allow Ghana’s government to build infrastructure and develop the business links and practical support for locally owned projects to be put in place.

Many experts now believe that the large scale World Bank structural adjustment programmes of the 80’s failed because they lacked local ownership and did not engage or motivate local people. This mistake should not be repeated.   In essence the ideas above depend on the twin approaches of a local and global solution where taking responsibility is key. Locals on the ground in places like northern Ghana take responsibility for developing their own sustainable livelihoods while the developed world takes responsibility for causing the problem by reducing emissions and by supporting local people in Africa to support themselves.

Can this happen? Does the commitment necessary for this to happen exist? Clearly there are many committed people in Northern Ghana.  In the developed world however, commitment seems to be in the doldrums – the outcome of the Copenhagen Climate Change conference was disappointing and the scandal regarding the veracity  of climate change scientific evidence rolled back what was a growing popular acceptance of the seriousness of climate change in the western world. However in spite of this the blanket denial of the Bush era is gone. The current economic downturn is also damaging the climate change cause – as a result less attention is being paid to global warming and will no doubt lead to even further cuts in conservation and environmental budgets.  The recent Cancun Climate Change Conference did not achieve much in the way of practical progress but it did restore the confidence in the UN’s negotiating process that was undermined in Copenhagen so now there is hope again that real progress can be made.
What can be done? Can we make a difference to Climate Change in Africa? Yes we can!  For a start we who live in global north can stop being part of the cause by reducing our own carbon footprint. Perhaps now more than ever before this is important. There is no doubt that eventually western attention will turn again to climate change – it has to as climate change is not going away and its effects are becoming more pronounced. Until common sense reigns anything that can be done to lessen the effects and focus attention on climate change matters and buys time.

Each of us in our way, whether we are in Africa or in Ireland, or anywhere else can support and advocate for the development of sustainable livelihoods that lessen the effects of climate change. We can support Fair Trade products that will allow projects in places like Ghana to work. Our efforts can help to create the conditions that will make governments and businesses see that what the electorate and customers want is for them to give something back.

What we do matters.

Barack Obama,  is a hero in Ghana – living testament that Ghanaians can achieve greatness. “Yes we can” his campaign cry has been adopted as a statement of faith in Ghana’s ability to continue on the road to success. We can too – What we do matters very much. Even long before Barack Obama became President Ghanaians already had a proverb that placed the potential of individual effort into context. “If you think you’re too small to make a difference, try sleeping in a room with a mosquito.”

Many of the ideas contained in this article come from a CNBC documentary programme that can be viewed on the internet at www.cnbc.com/id/29298865 or just type “Outbound Africa Richard Harvey CNBC” into Google and it will get you there.