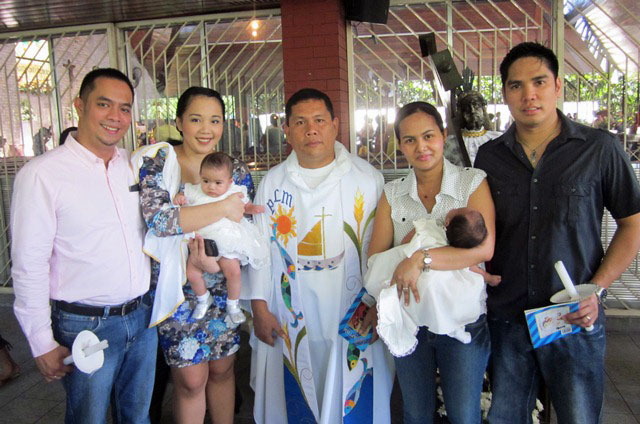 The Good Shepherd parish (GSP) in Las Pinas City (Metro Manila) celebrated its 25th Anniversary in 2011. Founded by SMA Fathers John McCormack and Pat Kelly in response to an invitation from the late Cardinal Jaime Sin, who saw the possibility of recruiting vocations for the African Missions in this, the largest Catholic country in Asia. But the ever-wise Cardinal also saw it as a way of getting more priests to work in his diocese which had and still has) need of priests.

November and December are particularly busy months in the parish – with hundreds of children coming for First Confession and their First Holy Communion; others celebrating baptism or marriage.

The three priest team of Fr Gus O’Driscoll (from Rathcormac, Co Cork) and two Filipino SMA priests: Frs German Patiga and Tony Gelaga ensure that the people are cared for to the best of their ability. But… they are ably assisted by a large parish team of volunteers, particularly 11 parish Catechists as well as lay ministers of the Word and the Eucharist, choirs, Mother Butler group…

Our picture shows Fr Tony Gelaga SMA with two families whose daughters he baptised on 2 December last. At the same time, in the main Church, Fr Gus O’Driscoll was officiating at the wedding of a young couple.