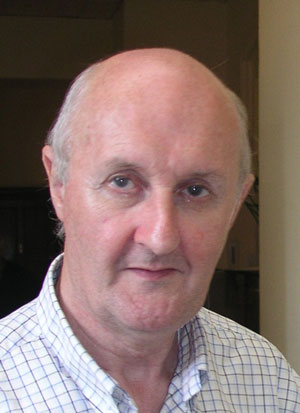 On Sunday, 27 July, the Islamic fundamentalist group, Boko Haram, launched an attack on several venues in Kano, northern Nigeria. Among them was the SMA Parish of St Charles where three SMA priests are responsible for a multi-ethnic parish in this predominantly Muslim city. They have a Sunday Mass attendance in excess of 10,000 attending several Masses.

Since the increasing number of attacks on Christian churches the local police and military keep a high profile around such buildings on Sundays.

In an interview with Fr Tom Treacy [from Tuam, Co Galway], the Parish Priest of St Charles for the past eleven years, we learnt that one woman approached the gate of the church compound after the second Mass. On this occasion a soldier, assigned to guard the Church compound, was questioning her when she detonated the bomb which was attached to her body. This resulted in her death, that of the soldier and four parishioners who were passing by, leaving the Church after the second Mass.

At least eleven other parishioners were seriously injured as well as dozens who were left shocked and with minor cuts and bruises from debris. The medical reports on all are hopeful of their eventual recovery.

Fr Treacy is in Ireland on holidays at present. He has spoken with his two assistants – Fathers Julius Temuyi (from Nigeria) and Valentin Fadegnon (from Benin Republic) who assured him that, despite the shocking events, they are well and will continue caring for the bereaved, injured and all in the parish. A Memorial Mass for the deceased is scheduled for later this week.

This attack comes at a difficult time for the parish as they have been fund-raising for some years to acquire an adjoining property to help expand the parish social services, which cater for all citizens, Christian, Muslim and animist in the largest city of northern Nigeria. Now some of these funds will have to be diverted to repair the bomb damage and help those affected by this atrocity.