Home Sunday Homilies Feast of the Assumption 2021 – Year B 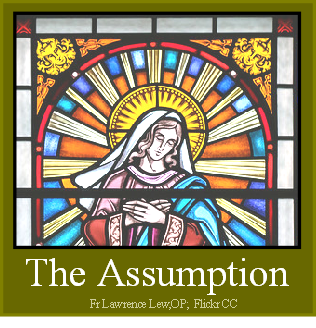 The feast of the Assumption is not about the logistics of how Mary’s body was assumed into heaven, but rather about the ultimate destiny of our humanity. Mary is an icon for the beauty that lies in the heart of humanity. There is a beauty in our humanity with which God is constantly falling in love and which God calls to himself. That is at the heart of our celebration today. Mary is called in her totality, body and soul, into the presence of God. She is an icon for our humanity. In looking at her, we see the beauty of humanity that cannot be destroyed, no matter what, and which God calls to himself.

God did indeed assume Mary body and soul into heaven at the end of her earthly life as a promise of our own resurrection from the dead after we die.

Mary’s greatness comes from her faith. Elizabeth, in today’s gospel says of Mary: ‘Blessed is she who believed that the promise made her by the Lord would be fulfilled’. Mary’s response is to give all the praise and glory to God who made it possible. Mary does not proclaim this song of thanksgiving as an isolated person but as the daughter of a people. This is clearly Luke’s intention. With her people Mary sings the greatness of God whose power is revealed through history in his people by way of his saving deed. Mary’s greatness is not based on a blood relationship with Jesus but because she was above all, the woman of faith who accepted God’s plan for her, even though it would involve a lot of suffering. She is someone very human like us experiencing many of the ups and downs of life as we do and so she knows what we go through having many of the same experiences, if not in the same detail, but certainly with the same joys and struggles of being human.

Mary is truly a model of the Christian life. Sometimes saints can be presented in such a way that we feel they are almost superhuman beings, almost angelic whom we could never imitate. This is certainly not true and especially it is not true of Mary. Mary is the greatest of all the saints because she never sinned. She was sensitive to the call of God and lived her life in total obedience to that call. Hopefully, most of us Christians try to live in obedience to God’s will in our lives but the obvious difference is that, from time to time, we do sin; Mary never did.

Yet in many ways her life was very similar to the life of most women. She was married, gave birth to a child, and did her best to raise him as she believed. But there were times as in the case of all mothers when there were great misunderstandings between her and her son. When he was 12 years old and went missing for 3 days, she and St. Joseph must have been frantic with worry. The answer he gave was hardly satisfying on a human level. ‘Did you not know that I must be busy with my Father’s affairs?’

At the age of about 30 when he decided to leave home to be an itinerant preacher how would his mother have reacted? She most probably questioned him about the wisdom of it – where would he sleep, eat, what would support him etc? Of course, if we don’t really accept Jesus being fully human then we can give easy answers. At the wedding feast of Cana would Mary not have been like any other woman there, out dancing, enjoying the company, delighting in the newly wed young couple until her sensitivity to the lack of wine made her approach Jesus and ask his help. It shows the power of Mary’s intercession with her son.

So Mary was no plaster saint, totally different from other humans. She never heard confessions, celebrated Mass or performed miracles in the ordinary sense of the term. But hers was the greatest miracle of all – never to have sinned, never to have resisted God’s will. And she was faithful to the very end. She followed Jesus to Calvary and saw him crucified cruelly.

Today’s solemnity then is, above all, the triumph of God’s grace over evil and sin in a human being, Mary. The first reading from revelation is simply telling us that God is victorious in the struggle with evil and sin. The Assumption is the celebration of what God can do for us humans if we allow him

For a long time this thanksgiving song of Mary was seen in terms of a spiritual hymn only. But in recent times the emphasis is also very much on God’s preferential option for the poor, the underprivileged, and the marginalised. This is a theme running right though the bible and Mary’s song highlights it. In effect it speaks of God turning the ordinary way of looking at things upside down. ‘God pulls down the mighty from their thrones and exalts the lowly; the hungry he fills with good things, the rich he sends empty away etc. This, of course, was what Jesus proclaimed and carried out during his public ministry.

Today’s solemnity is a reminder to us that we too are called to the same destiny as Mary – to be with her Son forever in heaven. However, in the meantime, we need to pray often for a great increase of faith and trust in God so that like Mary we will be faithful to the call each of us has from God. We too are called to work for justice –to let go of prejudices against any group of people, like AIDS victims, immigrants; to be those who are concerned for the underprivileged to the extent that we can be.

“Lord Jesus, thank you for the gift of your mother Mary. May she continually intercede for us. Amen”