The presence of SMA missionaries in Egypt goes back to the earliest years of our Society. Eighteen years after the foundation of the Society (in 1856) the first SMA priests were ministering in Egypt. And our presence continues, though much diminished. The OLA Sisters (Our Lady of Apostles) have a large number of Egyptian Sisters, working in several schools and clinics throughout the country as well as in Lebanon and countries south of the Sahara.

In the midst of the present turmoil in Egypt – with Christian churches (Coptic, Orthodox, Roman Catholic, Protestant…) attacked and clinics / schools destroyed, Egyptian Christians are living through an intense moment of suffering and persecution. For the most part, Christians live in peace with their Muslim sisters and brothers but, sadly, there are some who seek to destroy the Christian presence in the land where the Saviour Himself found shelter after his birth.

At least 18 Catholic churches as well as convents have been attacked, including the Jesuit Church in Minia, the church and school of the Franciscans at Assiout, the hospital of the Good Shepherd Sisters in Suez…

One of the churches under SMA care is very close to Ramses Square where hundreds of people lost their lives or were seriously injured this week. To protect our area the local people (Muslim and Christians) have set up vigilante groups to keep out ‘strangers’. Thankfully we benefit from such ‘protection’ but it is so sad to see that ordinary people are reduced to protecting themselves from all sides involved in the present political struggle.

In a recent email from one of the OLA Sisters we are asked to pray for Egypt, for all its people and particularly to remember the OLA Sisters from that country, whose families are suffering the effects of the unrest. For example, “some who went to work last week (11 August) were unable to return home in the evening as the roads were blocked and unsafe. Many had to sleep at their workplace.”

In the same email we learnt of good news:

Two young Egyptian OLA Sisters (pictured at the top of this article) took their First Vows in the Congregation at the (SMA) Basilica in Choubra.

All involved arrived at St Marc’s, Choubra at 6.30am, just one hour before the marches which have led to so much bloodshed since. This Basilica dates back to Palm Sunday, 8th April 1894 when the first activities began at the new parish confided to the SMA. The construction of the church, as it then was, was completed in 1910. Our photos show some of the joy in the midst of the pain that is life in Egypt at this moment. May God bless these two new Sisters and may peace quickly return to their homeland. The two new Novices with other OLA Sisters who attended the ceremony, including Sr Irine, the Egyptian Provincial Superior.

From its earliest years the Irish SMA have had a deep involvement in Egypt. Due to persecution in France the SMA authorities moved the seminary to Egypt and several Irish seminarians were ordained in the SMA Choubra seminary, including Steven Kyne in 1896 (who became the first Irish Provincial Superior), Maurice Slattery (first Irish Superior General), James O’Rafferty and Thomas Gibbons (1900).

And that tradition was revived with the Priestly Ordination of Fr Jean-Paul Silué Niénafoungognon on 10 May 2013. (More about that in a separate article). 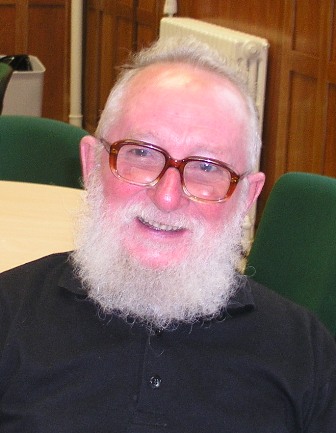 Four Irish SMA priests are buried there, the first of them – Fr Michael O’Carroll from Hospital, Co Limerick – died at the age of 29 years in 1881. The last Irish SMA priest in Egypt, Fr Martin (Mattie) McNeely from Mulrany, Co Mayo, died while on holidays in Ireland in 2010 (pictured right).

Though most of those ordained – from France, Ireland etc – were then assigned to other African countries some took up positions in Egypt, particularly in the colleges the Society established there. The work of the SMA, particularly in the first hundred years, was very much in the field of education. St George’s College, Heliopolis was one of the most important schools in the country.

Among other Irish SMA members who served for periods in Egypt we count D.J. O’Sullivan, Donal O’Carroll, Vincent Moore, Joseph Donaghy, Donal M O’Connor, Owen Maginn, Bob Hales and Gerry Forde. The latter two were responsible for the SMA Stage programme (a year of pastoral training for SMA seminarians after which they study Theology before priestly Ordination).

The Stage programme is continuing, with Fr Robbin Kamemba SMA (from Kenya) responsible for the different aspects of Stage (learning Arabic, working with the elderly and infirm, church duties etc).

Fr Jean-Paul Silué will be involved in pastoral work in St Marc’s and Egyptian-born Fr Farid Ibrahim SMA will continue his ministry in Alexandria.

We pray that peace may soon return to Egypt and may all its people live in harmony with their fellow citizens, no matter of which faith they are.