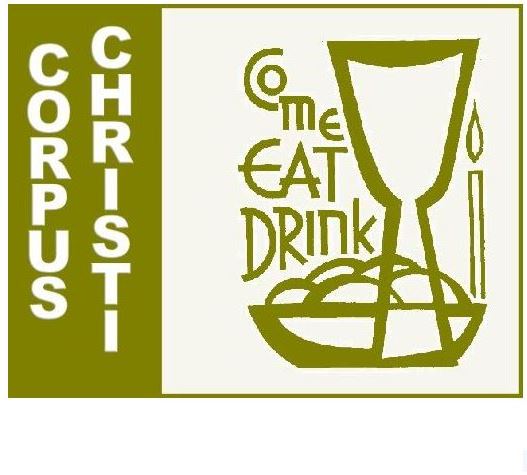 The importance of the Eucharist for the early Christian community is strikingly illustrated by the following story recounted by Timothy Radcliffe OP in his book, Why Go To Church? In the year 304 AD (a time when the Christians were being persecuted for their faith under the Emperor Diocletian), a number of Christians were arrested in North Africa for gathering together in the house of a Roman official to celebrate the Eucharist on a Sunday. When the Roman pro-consul of the area asked the official why he had allowed these people into his house, he replied that these people were his brothers and sisters. When the pro-consul insisted further that he should have forbidden them, he replied that he could not, and added these words: ‘Without the Day of the Lord we cannot live’.

The Eucharist is the sacrament of Christ’s permanent presence with his people. In the Eucharist, Christ is present in the gathered community, in his word proclaimed, but, above all, in the bread and wine transformed into his body and blood shared among us. The importance of this sacrament expressed succinctly by the Second Vatican Council when it states that the Eucharist is ‘the source and summit of the Christian Life’ (LG 11).

During his earthly life Jesus promised his disciples he would not leave them orphans but would send them the Advocate, the Holy Spirit, to strengthen and enlighten them. He also left them a memorial of his presence in the sacrament of the Eucharist. In the Eucharist Jesus is with us under the appearance of bread and wine. He becomes our food so as to enter into the most intimate possible relationship with us. What we eat becomes part of us. When we eat the body of Christ and drink his blood in the Eucharist, we become what Christ is. We are transformed into Christ. The Eucharist is thus the most intense form of his presence with us. However, Christ is present in the Eucharist as the One who has given his life for us.

The Eucharist is the memorial of the Last Supper. Jesus’ last act before his death on the Cross was to share a meal with those he had chosen – his Last Supper. In the course of this meal, as St Paul reminds us in today’s first reading, ‘the Lord Jesus took some bread, and when he had given thanks, he broke it, and said, “This is my body, which is for you. Do this in remembrance of me.” In the same way he took the cup after supper, and said, “This Cup is the new covenant in my blood. Whenever you drink it, do this in remembrance of me”’ (1 Cor 11:24-25). The meaning of Christ’s last meal was inseparable from the sacrifice of his life on the Cross. This was his supreme act of love. Love is manifested in self-sacrifice. ‘Greater love has no one than this: to lay down one’s life for one’s friends’ (Jn 15:13).

The moment of communion in the Eucharist, when we eat the body of Christ and drink his blood, is the moment of greatest intimacy that can exist between Christ and us – a moment to be approached with reverence and pondered in silence. However, we cannot be in communion with the Lord without being in communion with one another. Communion must never become a private devotion. This recognition of the oneness of all who partake of the Body and Blood of Christ is expressed in several ways in the Mass. The common acknowledgement that we are sinners, the common responses, the songs of praise, the Gloria, the Creed,  the Acclamation of Faith, the Great Amen, and the Sign of Peace. We act as one body because we are made one body in Christ. St. Augustine used to say to the assembled congregation as he held up the Sacred Host: ‘See what you are and become what you see: the Body of Christ’. We are the body of Christ and we must also become the body of Christ for others. This missionary dimension of the Eucharist is highlighted in the concluding part of the Mass.

Every Eucharist ends with a sending out on mission: ‘Go in Peace to love and serve the Lord’.  We are called to carry the message of the Eucharist into the world. Just as Jesus Christ has become our Food, giving himself completely to us, so, too, we must give ourselves for the sake of the world. We are challenged to live the love we have experienced. We must become sources of nourishment for the world as Christ has become a source of nourishment for us. A contemporary hymn, based on a prayer attributed to St Theresa of Avila, expresses this imperative perfectly:

So let us pray that, as we are nourished and empowered by the body of Christ we receive in the Eucharist, we may become, by our touch, our words and our actions, channels of Christ’s compassionate and healing presence in our broken world!