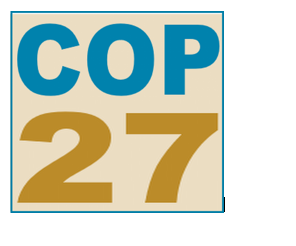 Below is the text SMA Justice Briefing No 47

In 2022 the severe impacts of climate change were made clearly visible through widespread floods, heat, droughts and wildfires that displaced millions of people, destroyed property, crops and cost many lives.

It was hoped that after many years of procrastination, vested interest and disagreement, the urgency and seriousness of these events would concentrate minds and lead COP27 to make effective decisions to mitigate and to deal with the effects of climate change. This did not happen.

A record 45,000 people registered for the Conference of Parties (COP) in Sharm El Sheikh, Egypt. Another record established at this event was the attendance of over six hundred lobbyists seeking to protect the interests of fossil fuel companies.

At times proceedings during the meeting were described as chaotic with the UN Secretary General, Antonio Gutteres stating, “There is clearly a breakdown in trust between North and South, and between developed and emerging economies.”

Negotiations to draft the final text were difficult, with opposing interests fighting to have their positions enshrined in the final agreement. As a result the meeting was extended for two days beyond the planned closing date. As in previous years, there were last minute changes, additions and the watering down of the final text. This left negotiators exhausted and many participants deflated and disappointed by the end of the event.

Carbon Emissions Reduction: The greatest failure of the summit was in not reaching any new agreement on carbon emissions through the establishing of more ambitious reduction targets for countries. This kind of mitigation is what is needed most to reduce climate change and severe impacts like those witnessed this year.

Attempts by lobbyists and by fossil-fuel rich countries to abandon the goal of limiting global warming to 1.5°C above pre-industrial levels were successfully withstood. Nevertheless, this missed opportunity to adopt greater CO2 emissions reduction targets will make staying within the 1.5 °C threshold all but impossible. At the end of the meeting Frans Timmermans said that the final deal puts “unnecessary barriers” in the way to 1.5°C and allows countries to “hide from their responsibilities.” Doing nothing new also opens the way for even more serious climate change impacts.

Phasing down Gas and Oil: At last year’s Glasgow COP, India wishing to protect its dependence on coal, made a last-minute intervention. This changed the draft text from “the phasing out”, to the less drastic “phasing down” of coal. This year, European Union and G20 countries wanted to add the “phasing down” of oil and gas as well. However, this was too much for lobbyists from fossil-fuel companies. They were joined by Saudi Arabia, Russia, Nigeria and developing countries who wished to benefit from their as yet untapped resources. Their combined opposition succeeded in blocking this addition to the final text. Therefore, there are still no clear commitments on phasing out or even on the phasing down fossil fuels.

To make matters even worse, at the very end of the meeting the inclusion in the final text of a surprise reference to “low-emission” technologies has caused concern. It is feared that this may be used as a loophole to justify the development of further gas extraction and use, as gas produces less emissions than coal. This means that even the limited progress on mitigation made at COP26 in Glasgow now risks being lost.

The successful reaching of an agreement to establish a Loss and Damage Fund was the most positive result of COP27. EU nations and the US – fearing unending demands for compensation – went to COP27 adamant that Loss and Damage would not even be discussed. It had been kept off the COP agenda for thirty years but the impacts of flooding in Pakistan, Nigeria and elsewhere in recent months tipped the balance. It was included in the Agenda at the start of the meeting.

As proceedings became bogged down around the issue of emissions reductions, and the prospect of the meeting breaking down became more evident, the EU changed its position (which put pressure on the US to follow suit). The hope was that, in return, there would be agreement to step-up emissions reductions targets. While this hope was not realised, the Loss and Damage fund was still established.
The Fund is, without doubt, a positive result, but many unknowns remain regarding who will contribute to the fund and when this will begin. Decisions will also have to be made regarding how and under what criteria funds will be disbursed. The real test is what richer countries do next. The developed world still has not kept its 2009 pledge to spend 100 billion euros a year in other climate aid designed to help poor nations to develop green energy and adapt to warming.

According to the COP27 agreement, the Loss and Damage Fund will initially draw on contributions from developed countries and other private and public sources such as international financial institutions. While major emerging economies such as China and India (still classed as developing nations) would not initially be required to contribute, that option remains on the table and will be negotiated in the future. Next year’s summit, COP28 in Dubai, will decide who pays into the loss-and-damage fund and who benefits from it. The EU and the US are determined to make China, the world’s largest emitter, foot part of the bill.

The Outcome of COP 27
Speaking after the meeting, the EU President Ursula von der Leyen described the final agreement as marking – “a small step towards climate justice but much more is needed for the planet.” She then went on to say; “COP27 has kept alive the goal of 1.5C. Unfortunately however, it has not delivered on a commitment by the world’s major emitters to phase down fossil fuels, nor new commitments on climate mitigation.”

Alok Sharma, the UK government’s representative and Chair of the Glasgow COP 26 summit was more direct. He summed up the issues of concern and the disappointment felt by many. Highlighting the summit’s failure to cut emissions, Mr Sharma said:  “Emissions peaking before 2025, as the science tells us is necessary – [it is] not in this text. Clear follow-through on the phase-down of coal – not in this text. A clear commitment to phase out all fossil fuels – not in this text.”

What next?
Professor Mark Maslin, Professor of Climatology, University College London (UCL), in his reaction to the outcome of the summit made four points in relation to preparing for the next COP meeting. He said:
“The lessons of the multiple failures of COP27 for COP28 in Dubai are four fold:
1) Start the negotiations now and work hard for the next 12 months so that all countries are prepared to get a clear agreement by the end.
2) Run an open and transparent process so that all countries understand what is being negotiated and trust can be repaired.
3) Push key countries to increase their ambition and submit improved pledges, so there is a chance of sticking to the 1.5˚C limit with a focus on phasing out fossil fuels and
4) Rich nations including both high-income countries and emerging economies must contribute to adaptation funds and a transparent and an effective Loss and Damage Facility.

Climate justice will need to be at the heart of the negotiations for COP28 as money will need to be put on the table for adaptation, loss and damages and rapid ramp up of renewables.”
Source: https://www.sciencemediacentre.org/expert-reaction-to-end-of-cop27/