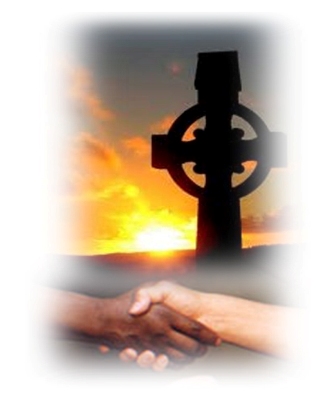 As the month of May begins, Christians are continuing to celebrate the feast of Easter and all that followed it. But the Easter event has its roots deep in the history of all people who have experienced oppression, exile, the status of being without a home or a nation. And the Hebrew and Christian Bibles share these words:

When an alien resides with you in your land, you shall not oppress the alien. The alien who resides with you shall be to you as the citizen among you; you shall love the alien as yourself, for you were aliens in the land of Egypt: I am the Lord your God. (Leviticus 19:33-34)

“From its beginnings the Hebrew story was the story of a people in exile, of aliens resident in foreign lands suffering oppression and persecution. This history of exile and exodus, particularly the escape from slavery in Egypt, revealed to the Israelites the nature of their God and defined their relationship with God and other people. Throughout the Hebrew Bible (Old Testament), God is identified as the God who cares for the exiled and the persecuted refugee. Hospitality to the stranger became one of the strongest moral forces in ancient Israel.

The Christian story continued to uphold God’s call to solidarity with the homeless. Mary and Joseph were forced to take Jesus and hide in Egypt as Herod sought to kill the baby Jesus. Jesus later travelled through strange lands, choosing to spend time and share meals with the most marginalised and oppressed people of his society. He called on people to love their enemies, give all they had to the poor, and offer hospitality to strangers. He taught that faithful obedience to God was marked by such deeds. In fact, it would be the way people responded to strangers and to the poor that would identify them as people of faith.

There is no question about the Christian response to asylum seekers and refugees. The Church is called to be a place of welcome. As faithful disciples we are to provide care and comfort to those who come to this land as strangers, seeking safety”. (Uniting Justice, Australia).

In our churches and faith communities, how do we show hospitality and welcome?