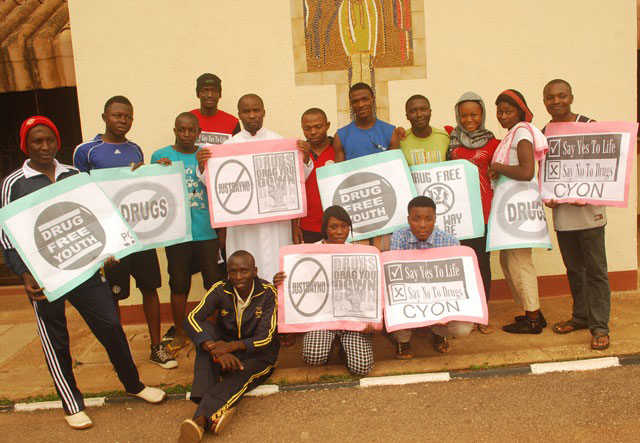 Fr. Ignatius Malwa, SMA was born in Kabwe, Zambia in 1980, the fifth of seven children. It is also the location of the SMA Formation House and Ignatius often met some of the SMA priests on the staff there, particularly Fathers Michael O’Shea and Derek Kearney. Near Kabwe is the Mpima Major seminary which SMA students attended for Philosophy studies. He writes that, during his secondary schooling, “On many occasions, I had to travel to the Copperbelt Province of Zambia where many SMA priests were based and I met some of them who influenced my path to the priesthood: Fr. Michael Igoe, the late Fr. Fergus Conlan, Fr. Sexton Doran [who was our Vocations Director] and Fr PJ Gormley.”

The young seminarian did part of his priestly formation in Mpima, on the outskirts of Kabwe. After completing his Philosophy studies he went to the SMA Spiritual Year programme in Benin Republic and then spent one year in that country learning about the day-to-day life of an SMA priest living with a French SMA priest. This is the SMA Stage programme. He did his Theology studies in Anyama, Ivory Coast. “I worked in Kontagora Vicariate with Bishop Timothy Carroll SMA. I later transferred to Kano diocese and worked with Fr Tom Treacy for a period before spending a year with Fr John Haverty in Kachia, Kaduna archdiocese. At the end of 2010 I came to St Peter’s SMA parish in Kaduna City where Fr Dan O’Brien was in charge. Following his return to Ireland I have taken over as Parish Priest of St Peter’s.” [Earlier this summer the Kano church where Fr Ignatius worked was attacked by a Boko Haram suicide bomber and some of our parishioners were also killed as well as soldier who tried to stop the attack.] “I have learnt a lot and had rich experiences from these missionaries. They have contributed immensely to my vocation and I follow their footsteps in trying to make the best out of my priesthood. And my priestly story cannot be complete without mentioning them.”

Fr Ignatius blesses a baby brought to St Peter’s for a Thanksgiving Mass after its Baptism there.

SMA – THE STORY SO FAR

The Society of African Missions [SMA] is an international society of priests, brothers and seminarians. We were founded in 1856 by Bishop Melchior de Marion Brésillac, who was a missionary in India for 12 years. He now wanted to establish the church in west Africa.

The SMA came to Ireland in 1878, opened a church and the first missionary seminary in Ireland at Blackrock Road, Cork. From 1926 the Society trained more than 800 priests from its seminary at Dromantine, Co Down.

Today we have 785 bishops, priests and brothers as well as 322 seminarians who come from 23 countries. And we are working in 17 African countries, from Egypt in the north to South Africa in the south; from Sierra Leone in the west to Kenya in the east.