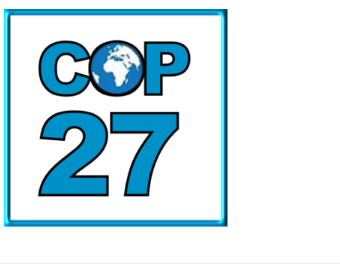 We have reached the final day of COP27 and again, as in previous years, it is likely to go overtime as participants haggle over the text of the final document.  The draft text as it stands contains flaws and loopholes that those advocating for strong climate action are worried about.  For example there is no mention of phasing out gas and oil and the EU is again refusing to support the establishment of the Loss and Damage mechanism crucial to the global South who are suffering most.
Below is an article from Vatican News by Amedeo  Lomonaco.  It reports on the Address of the Holy See’s Delegation at the COP27 summit in Sharm El-Sheik,  In this Archbishop Nicolas Thevenin, Apostolic Nuncio in Egypt, reflects the Church’s position.

“The Holy See’s Delegation” to the COP27 summit “would like to underline two values which should orient our work in this remaining week: urgency and responsibility for concrete and far-sighted actions to face the climate crisis, which affect too many people, especially the poorest and the most vulnerable”, said Archbishop Nicolas Thevenin, Apostolic Nuncio to Egypt and delegate of the Holy See to the League of Arab States.

In his address to the climate summit, the Archbishop added that “the Holy See Delegation hopes both urgency and responsibility will be clearly reflected in the cover decisions. These concrete actions must strengthen what for the Holy See are the four pillars of the Paris Agreement: mitigation, adaptation, loss and damage, and education”.

The Nuncio explained that political, technical and operational measures are no longer enough. “They must be combined with an educational approach that promotes new lifestyles, while fostering a renewed pattern of development and sustainability based on care, fraternity and cooperation.”

Archbishop Thevenin also highlighted the the link between climate, food, and water which he insisted cannot be ignored. “A food systems approach, as well as water security, taken in their integral perspective, ”can and should play an essential role in climate policies and should be included in national climate strategies.”

In conclusion, the Archbishop insisted on the Holy See’s position that “Time is getting shorter to achieve a final outcome which could represent a genuine step forward.”