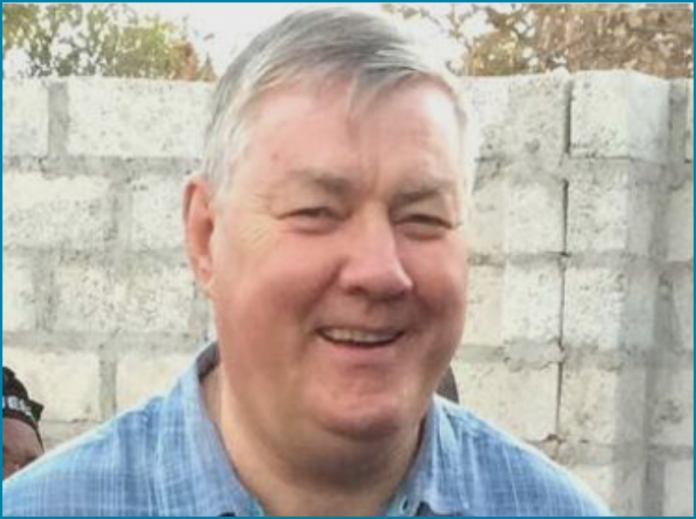 During the month of October, the month of Mission, the community of St. Joseph’s SMA Parish, Wilton, Cork, undertook the challenge of supporting one of our Irish SMA priests working in Zambia, East Africa to build a parish house.

Fr Paddy Barry, a former All-Ireland Hurling winner with Cork [1976], is home on leave from his mission in Zambia. A member of the famous great Glen Rovers Club in Cork City, Fr Pat (as he’s known locally) was part of that All-Ireland Winning team. A few weeks after winning the Liam McCarthy Cup, Fr Paddy was on his way to Nigeria, West Africa where he spent 19 years before taking up an appointment in the SMA House, Blackrock Road. In 2003, he headed back to Africa, to Zambia, where he has been ever since and to which he will return when his holidays are over. At the invitation of Fr Michael O’Leary SMA, PP of Wilton, Fr Paddy spoke at the Sunday Masses, speaking of his plan to build a house for the parish of St Agnes in Lusaka, the Zambian capital. This is a new parish in the Lusaka area being developed by the SMA. In 2004, Fr Paddy took charge of the parish of St Thérèse of Lisieux, Chainda, and he quickly saw the need to develop outstations in different parts of the area. St Agnes was one of those outstations. In 2018, it was cut off from Chainda and established as an independent parish in its own right.

St Agnes also has a fine Community Health Centre (built in 2003), with an out-patient department and maternity clinic, also built by Fr Paddy. The Clinic has 12 beds – 6 ante and 6 post-natal. Since the onset of the Coronavirus, it has been a Vaccination Centre against Covid-19. Built with funds collected in Ireland, with the support of the SMA and the Irish Government as well as the free labour of many of the local people in Ibex Hill, women and men, the Health Centre is a great blessing in an area of Lusaka lacking in many amenities, which we in Ireland take for granted. The Centre running costs are met by the Zambian Ministry of Health.

Over the past 17 years, with the financial support of the SMA and many Irish supporters and what the local people themselves could gather, there is now a beautiful circular church and Community Health Centre at St Agnes, Ibex Hill. Fr Paddy was assisted for several years by Fr Michael Igoe SMA (from Glassan, Athlone). At present Fr Paddy runs the parish from the local SMA Regional House. This involves a 20-minute commute which makes it difficult to create a healthy interaction between Fr Paddy and the people.

Work has begun and Fr Paddy was grateful for the very positive financial support he received from the Wilton community. The community donated €8,000 which he believes will go a long way towards the realisation of his dream for the parish St. Agnes.

Every month, the Wilton parish nominate a particular project (in Ireland or in Africa) to support. St Agnes was chosen for October. As a result, the Wilton community have responded very generously, supporting SMA projects in Kenya, Liberia and Tanzania as well as a project in some South Africa townships, under the auspices of the Sisters of Mercy.

Well done to the community of St Joseph’s, Wilton, for their generous support to the work our SMA priests and Mercy Sisters in Africa as well as the Irish charities, particularly those in the Cork area.

Next up for the Wilton parish community is a Knit and Natter group who have had to leave their Public Library space and will be using some of the Parish Centre facilities to knit various items for those in need, at home and in Africa.