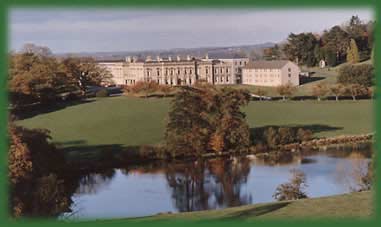 SMA House, Dromantine, Newry, Co. Down, BT34 1RH
A warm welcome from the SMA community awaits all visitors to Dromantine

Dromantine is the location of the magnificent Dromantine Retreat & Conference Centre.  It also is a centre for missionary animation and a residence for retired SMA priests.
Dromantine is located about 6 miles north of Newry and just off the Newry – Belfast Road. The House and Grounds are exquisitely situated in some of the most beautiful countryside of County Down.

History of Dromantine:
SMA House, Dromantine was acquired by the Society of African Missions in 1926. It was purchased because the SMA needed to accomodate the growing number of students who were joining the Society to become missionary priests.  For 45 years it was the Major Seminary of the SMA.