Home Sunday Homilies Second Sunday of the Year 2023 – Year A 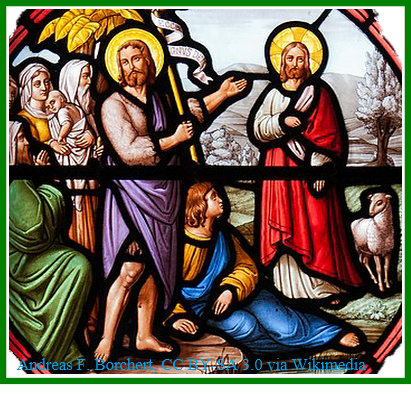 Theme:  Jesus: the Lamb of God

The readings of today’s Mass, following on from those of last Sunday [Baptism of the Lord], continue to focus on the identity and mission of Jesus. At his baptism by John, Jesus is revealed as the Father’s beloved Son, anointed and sent to inaugurate God’s reign of justice, peace and love. In today’s gospel John points to Jesus and says ‘Behold the Lamb of God who takes away the sin of the world’ (Jn 1:29), thus drawing our intention to the sacrificial nature of Jesus’ mission. Jesus will lay down his life to overcome the power of Sin in the world and bring people back to God.

We are familiar with the title, ‘Lamb of God’, though perhaps less familiar with the significance of the title.  We invoke it at three different moments during  Mass: first, during the Gloria, when we sing or recite ‘Lord God, Lamb of God, you take away the sin of the world, have mercy on us’; second, during the breaking of the sacred host, just before communion; and, finally, when the Celebrant invites us to receive communion, proclaiming ‘This is the lamb of God who takes away the sins of the world. Happy are those who are called to his supper.’  But what does the title mean, and why to we apply it to Jesus?

For the Jews, whom John the Baptist was addressing, the title, ‘Lamb of God’,  brings to mind the Passover Lamb whose blood, sprinkled on door-posts, protected their ancestors when the Angel of Death struck the Egyptians.  The slain lamb was the sign and symbol of their liberation from slavery and oppression, their passage from bondage in the land of the Pharaohs to  freedom in the land of Israel. So significant was this Exodus event for the Jews that they commemorated it every year at the Feast of Passover.

When John the Baptist calls Jesus ‘the Lamb of God’ he is proclaiming him as the true Lamb who will bring about a final, decisive liberation of the people from all forms of slavery and oppression, especially the slavery of sin. And Jesus will accomplish this by the giving his life for them. It is no coincidence that Jesus’ sacrificial death on the hill of Calvary took place during the Passover Feast. Jesus is the new Paschal Lamb who both sacrifices himself, and is sacrificed, to free us not just from our personal sins but from the waywardness that leads us to sin. The Baptist points to Jesus as the One who takes away the ‘Sin of the World’ (not just our personal sins).

The image of Jesus as the Paschal Lamb is intimately linked to the figure of the Servant of Israel referred several times by the prophet Isaiah. Bearing the sins of others, this Servant is led like a silent lamb to the slaughter and his sufferings brins healing to many. Our first reading today refers to this figure of the Servant as the one chosen by God, not merely to save the people of Israel, but to be ‘the light of the nations so that my salvation may reach to the ends of the earth’ (Is 49:6). The early Church viewed and interpreted Jesus’ mission and his life-giving death through the lens of Isaiah’s Suffering Servant.

Today’s gospel reading also highlights the Baptist’s role as a witness to Jesus, ‘the Chosen one of God’ (Jn 1:34). Humbly, the Baptist directs the attention of his disciples to Jesus, not to himself. He affirms that Jesus precedes him in dignity and status, because, as the Word of God, he existed before him. The Baptist knows that he has no other purpose than to point to Jesus. In the words of St John’s gospel prologue, ‘He was not the light but came to bear witness to the light (Jn 1:8). John is therefore an ideal model for all of who who have been baptised in the Spirit and are called to witness to Jesus. We are challenged to point away from ourselves and lead people to focus on Jesus. In meeting this challenge we have much to learn from the Baptist, who recognised that he must decrease to let Jesus increase. The following story is told about the great artist, Michelangelo. When he was at work, he wore over his head, fastened to his cap, a lighted candle, so that no shadow of himself might fall upon the marble or the canvas. In our role as witnesses to the light of Christ, we need to be careful that no shadow of ourselves, our personal ambitions, our self-seeking, clouds our witness to the light of Christ.

In this regard, we have much to learn also from the example of our Pope emeritus, Benedict XVI.  He once described himself as ‘a humble worker in the vineyard of the Lord’ and that indeed he was. As Pope he never projected himself, never played the crowd nor sought approval. What was important for him was the office of the Papacy not the person holding it. It was this clear subordination of himself to the august office he held that gave him the freedom to retire when he felt no longer able to exercise that office. Let us pray that, like John the Baptist and Pope Benedict, we, too, may always be transparent witnesses to the Light of Christ, never letting our own shadows cut across it.