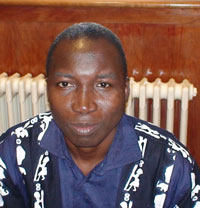 Fr Jean-Marie Guillaume SMA brought the 2011 Plenary Council to a close on Wednesday, 8 June with the following Address:

We have arrived at the end of this Plenary Council and I think that we can be very pleased with the atmosphere that accompanied us and with the work that has been accomplished.

On your behalf and on my own behalf I wish to express my sincere thanks to Michael Moran, the Provincial of the USA Province, who has invited us and welcomed us to Tenafly. We were marvelously and warmly welcomed. We benefited from his individual and brotherly attention and from all the logistical plans that were put in place for living out this Plenary Council. Everything was perfect or almost perfect, because perfection belongs to God: lodgings, the great efforts made with the international meals; time for relaxation; the visit to the great city of New York; the charismatic experience of Sunday in the Queen of Angels parish, Newark.

Michael, we ask you to reiterate our thanks to the Superior of the House, Fr Brendan Darcy, Martha, Johanna, the kitchen staff, the laundry staff, the staff of the house, all those who have been with us during these days …

Our presence here has been a good opportunity to discover, at least in part, the activities and knowhow of the house of Tenafly and of the American Province; an occasion to assess its organization and effectiveness; to have an insight into the huge capital of sympathy and generosity which are attached to the SMA in this great country. We were able to discover and appreciate, also, the brotherhood that prevails in this house and the special attention given to our oldest and most fragile SMA members. I would also like to thank the members who helped make the running of the Plenary Council a success: I would like to begin with Alexis, the Francophone Secretary (pictured left). I take this opportunity to officially announce that Alexis ends his three-year term as Secretary in Rome. He will, however, remain in Rome as a student and we will ask him to take up a service of leadership, which has yet to be clarified, in our community in Rome. During the Plenary Councils in which Alexis has participated, he has shown an excellent talent as a translator. The Gospels tell us that we ought not to bury talents in the ground, and I am sure that, in the future, we will give to Alexis the chance to develop further this talent.

Our thanks, also, go to Derek, the Secretary General, who has put all his energy into not only making it possible but also making effective the running of the meeting without paper. It is the first time that we have used this method, and for the first time, with Derek, we can humbly recognize that we did not do it too badly at all … It may happen soon that our successors will be able to hold a Plenary Council, from the comfort of their own homes …

Thanks to the facilitators of the three groups, the Secretaries and the translators.

Many thanks to Paul who took over the animation of this Plenary Council with great calmness, a good savoir-faire and a little bit of gracious anxiety of not being able to finish on time…

The items proposed for the Plenary Council were studied attentively. If we have not advanced too far on the point concerning the overall organization and structures of the SMA, we were able to draft some very worthwhile ideas, which can still be developed, and I hope that we will do this during our next General Assembly; e.g. prioritizing our SMA missionary projects and sharing our personnel who are thin on the ground during these years.

It is possible that a few of those who presented their construction or development projects are disappointed in not having received a full response to their requests. However, I think that, thanks to the abundance of projects that have been presented to us, we were able to put guidelines in place in order to control our finances better and to consider the near future in a more thoughtful manner.

We now have a Financial Council to which more work is being given by the Plenary Council. One of the tasks, in the beginning, was to establish a Financial Directory which now needs to be readjusted following some of the decisions of this Plenary Council 2011. Furthermore, this Financial Council has to regulate the distribution of funds such as the Construction Fund or the Development Fund. The existence of this Council, with its attributes, is a security and a help for the whole SMA, for the General Bursar and the General Council. I would like to thank the members of this Council who have planned a meeting for the beginning of October 2011, for the work they have done and for the work that there is still left to do. If we can be satisfied with this Plenary Council, it is also, most certainly, because we could create a very fraternal atmosphere. We did not come here to defend ideas, but to find common solutions to our problems and our questions. And we must not forget to give thanks for what unites us; the call to contribute to implementing the mission of God that lies at the heart our Society of African Missions. It is a privilege given to us, which leads us to go beyond thinking only about the survival of the SMA – which has preoccupied us for some time – but to have faith and hope in the One through whom the love of the Father is revealed to the world, particularly in Africa: Jesus Christ, the Crucified, the Living One, who in these days of Pentecost renews in us the gift of his Spirit.

With these words I declare this Plenary Council 2011 closed.

I would like to conclude by addressing ourselves to the Virgin Mary, who was there, on the Eve of Pentecost, in the midst of the disciples. We entrust to her our missionary Society, the results of the work of the Plenary Council, all SMA members and particularly those whom we have mentioned during our time here: Father Jean-Paul Pariseau, Father Bembolio de Los Santos, Father Henk Koning, all our members in the present difficult situation of Côte d’Ivoire.

The Plenary Council concluded with the singing of the Regina Caeli.