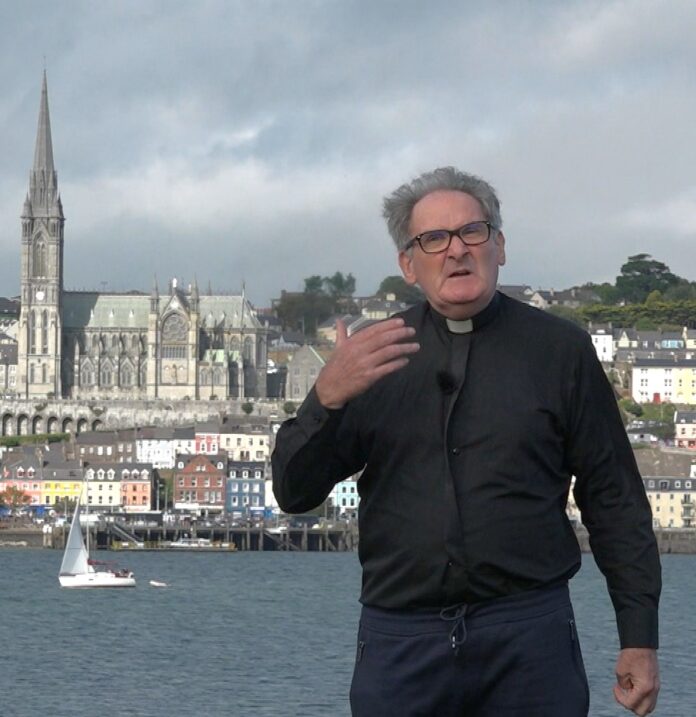 This Sunday we again bring you liturgy celebrated by Fr Tom Casey at the Oratory in  Ringaskiddy, Co Cork.  This Mass is celebrated for, and is broadcast over the internet to the people in Zambia among whom he has worked for many years. Now at home on leave from his work at the SMA Media Centre, Ndola,  Fr Tom continues to minister to them from afar.  Below are a few paragraphs written by him reflecting on the Gospel message for this Sunday.

If we had been asked, when we were young, to carry all those burdens that we have, in our lives, had to carry and are still carrying – we probably would have said that it would be impossible. Yet, here we are doing the impossible. We have carried our impossible burdens gracefully and probably with great courage. That’s our miracle.

In today’s Gospel we read, “Jesus looked at them and said, “For human beings it is impossible, but not for God. All things are possible for God.”

If we examine our own experience we probably will see that it was when we resigned ourselves to what is, that the burden seemed to become lighter. The temptation we often have is to reject our burdens. What the rich young man was asked to do was impossible for him. He saw it as too much to ask.  His mistake was, not to trust that God’s power.

Then Jesus stated the whole doctrine of salvation in a nutshell. “If,” he said, “salvation depended on a man’s own efforts it would be impossible for anyone. But salvation is the gift of God and all things are possible to him.” The man who trusts in himself and in his possessions can never be saved. The man who trusts in the saving power and the redeeming love of God can enter freely into salvation.

Lord, bless us with a growing trust in You.