Miss Bridget [Beta] Feeley, an SMA Honorary member, died peacefully on Friday afternoon, 10 October 2014, at the St Theresa’s Nursing Unit at the African Missions, Blackrock Road, Cork where she was living in retirement since November 2011. 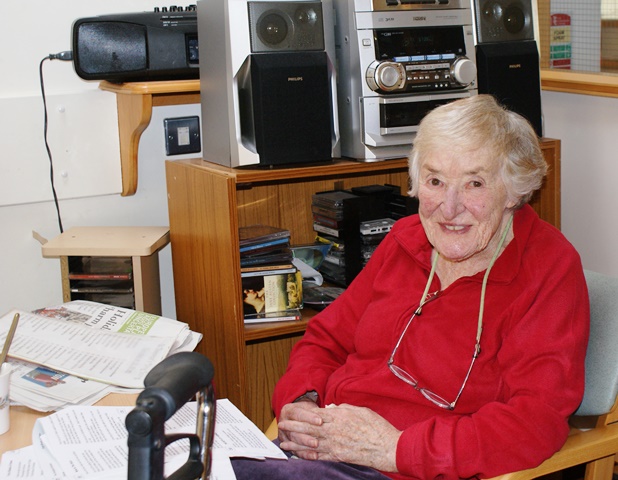 Bridget Feeley was the third in a family of three, born on 7 February 1922 in Cork. Her two brothers, Michael and John, both became priests: Michael was an SMA in the American Province [ordained in 1941] and John a member of the clergy of Southwark diocese, England.

Beta attended St Louis Convent, Monaghan and did third-level studies at Sion Hill in Dublin. Her entire working life was as a Home Economics teacher in what was then the Vocational School in Midleton, not far from her home in Glounthaune, Co Cork. Beta “had wonderful hands” according to several of her close friends, some of whom were with her when she died.

Beta was gifted as a teacher, cook and seamstress. Her attention to detail was part of her right to the end. As a teacher she travelled several times to England to attend courses in ‘icing’ – not the mere icing of cakes but learning how to make delicate iced pieces, e.g. butterflies, to decorate a particular cake she was planning for some event or other. Her Patchwork Quilts were intricately-made and treasured by those who received them.

If cooking was one of her talents, there is absolutely no doubt that her beloved dogs were her pride and joy, the centre of her life. When asked why she never had a cold her reply was that if you have dogs in your house you’ll never catch a cold! An interesting theory.

Beta retired from teaching in the late 1980’s and lived happily in Glounthaune where her neighbours were treasured friends, though at times Beta could test them with her strong opinions. Coming from a strong Catholic family the ‘missions‘ were very dear to 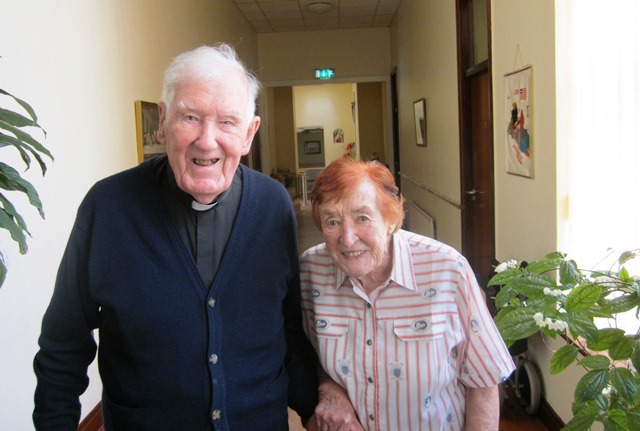 her and, at Christmas time, she would gather money to support different missionary causes, including the purchase of animals for African families. With a brother in the SMA she was also very supportive of our missionaries in different African countries. As a result, in July 1992, she was admitted to Honorary membership in the Society of African Missions. This was a source of great joy to her as her brother, Fr John, was also admitted.

In her latter years her health concerns increased and, in November 2011, she came to live in the SMA community at Blackrock Road, Cork where she got involved in the different community exercises. Up to the day before her death she was present at the daily community Mass and going to the community dining room for her meals. Each evening she would keep up to date with the TV news and chat with the priests about the events of the day.

Beta will be laid to rest in the SMA community cemetery in Wilton, Cork, alongside her two brothers. May they all rest in peace.