Home About SMA SMA Publications Launch of the History of Kaduna 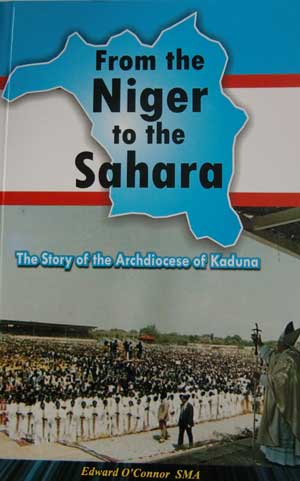 The 50th anniversary of the erection of the Archdiocese of Kaduna was celebrated on 10 December 2009. Archbishop Matthew Man-oso Ndagoso, appointed as the third Archbishop of Kaduna in 2007, presided at the Jubilee Mass at the Papal Altar, Independence Way, Kaduna. Up to 1,000 of the faithful attended the Mass which was concelebrated by nearly 100 bishops and priests from the Kaduna and Jos ecclesiastical provinces. The Archbishop-Emeritus, Most Rev Dr Peter Yariyok Jatau (Archbishop from 1975 – 2007), also assisted at the Mass.

This Jubilee Mass and Book launch brought to a close the Jubilee Celebration Year.