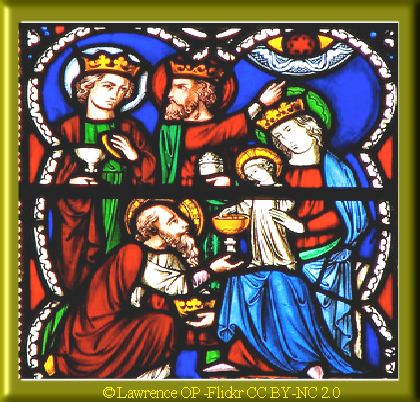 Today we celebrate the Solemnity of the Epiphany of the Lord, one of the most important celebrations of the Liturgical Year – a feast with particular significance for missionaries.  The word Epiphany came from the Greek word ‘Epiphaneia’, which means revelation or manifestation. This Solemnity celebrates the revelation of the light of Christ to all the nations and peoples of the world, represented by the Magi or the Wise Men. It is an appropriate occasion to thank God for our missionary vocation ad gentes.

In the Gospel we hear the enthralling story how the certain wise men (Magi) from the East, guided by a Star, come to visit to the baby Jesus in Bethlehem. The Magi saw the star from afar and they knew that a very prominent event was about to happen, the birth of a great King, destined to bring integrity and justice to the world,  an event foretold by many prophets and wise men throughout the centuries and millennia past. The Magi undertook a long and arduous journey from their own lands, enduring difficult conditions to reach the place indicated by the star. Although their names are not recorded in the Scriptures, Church tradition has given them the names of Gaspar, Melchior and Balthasar. Their places of origin are often given as India, Persia and Arabia or other distant lands. On entering the place indicated by the star, ‘they saw the child with his mother Mary, and falling to their knees they did him homage. Then opening their treasures, they offered him gifts of gold, frankincense and myrrh’ (Mt 2: 11-12).

While this beautiful story should not be taken literally, it is a superb summary of the entire life of Jesus and every element in it is rich in symbolism. Jesus’ birth was like a star rising in the skies to guide people on their pilgrimage of life. His birth has an important background, highlighted by John in his prologue to his Gospel – the moment when the Eternal Word gave birth to the Universe, nearly 14 billion years ago. This is, as theologians today increasingly recognise, the first incarnation of God, a free and creative event with particles of matter and light expanding in an endless adventure. The initial birthing of our universe eventually gave rise to our Star, the Sun, the source of the atmosphere of our planet and of all living beings. At a certain moment in time this cosmic unfolding story converged in a unique and incomparable conjunction of light and love, of human and divine, in the historical person of Jesus. So, with the Magi, we contemplate the mystery of the Word Incarnate, the Cosmic energy of love shining in the defenceless and tender flesh of a baby.

The story of the Magi, as recounted by Matthew, shows how Jesus is recognised as the Messiah and universal Lord by those who genuinely sought wisdom, while many of his own people rejected him for various reasons. The political leaders, represented by Herod and the Jerusalem elite were perturbed. They felt threatened by a child! The Chief priests and scribes had access to all the right texts. But their knowledge of the texts did not open their hearts and guide them along the road of faith – a warning surely to whose who are too sure of themselves and their knowledge. The wise men, however, were seekers, and willing to undertake a long and hazardous journey. And, as Matthew tells us, led by a star they found the house and went inside. The house represents the house of faith. The gifts of the Magi, the gold, frankincense and myrrh  express the true nature of Jesus, Universal King and Lord of all Creation, Eternal High Priest and Suffering Servant. The gift of gold expresses the real significance of Christ’s Kingship; incense is a sign of his Priesthood; while myrrh signifies the manner in which he would fulfil his role as Messiah – his suffering and death.

At the time the Gospel of Matthew was written, around 85 AD,  the Jews had, by and large, rejected Jesus Christ and his message. However, the Gentile nations had responded to the preaching of Paul and his companions and were entering the house of faith, the Church. In today’s second reading we find Paul rejoicing that ‘the pagans now share the same inheritance, that they are part of the same body, and that the same promise is made to them, in Christ Jesus, through the gospel’ (Eph 3:5-6). This providential acceptance of Christ by the nations was foreseen and gloriously celebrated by the Prophet Isaiah in the 8th century BC – as we see in the first reading: ‘The nations come to your light and kings to your dawning brightness’ (Is 60:3).

As we join with the Magi in acknowledging the great light that has come upon the earth with the birth of Jesus, and offer him our homage, let us pray:

May Christ, our Lord, King, High Priest and Saviour, revealed and manifested to the whole world, be our Light and Guide. May he sustain us with his Spirit as we continue to walk faithfully in his presence in this world, bearing witness to his truth and love. May he bless us all now and always. Amen.