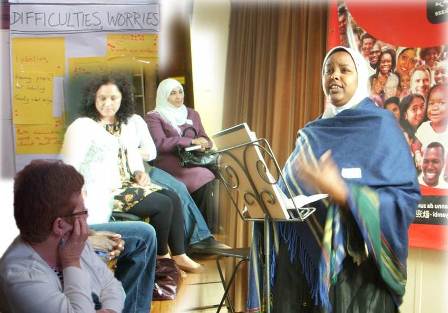 For most people, involvement in dialogue between Muslims and Christians will take place in the ordinary passage of everyday life, through the contact we have with neighbours, during our work, or in the street. Some of us may be more formally involved with a local church, mosque or a voluntary group through which we come into contact with people of other religions. Others may also be actively seeking to engage in interfaith dialogue and cooperation. Hopefully, this resource will be of use to all, by making it clear that our faith calls us to dialogue with each other and by providing guidance on how to engage in it.

Some people may shy away from dialogue as they fear causing offence due to a lack of understanding of the other’s faith. The information in these pages will help us to avoid unintended offence. We should also be encouraged by the fact that if we behave in a respectful way, and in accordance with what our Muslim or Christian faith expects, there is little chance that we will get it badly wrong.  If someone does unintentionally get it wrong, we should be patient and correct gently.

Much of the contact or dialogue between us may not directly concern what we believe. However, all such occasions are valuable, as they lead us to know, understand and appreciate each other. Elsewhere in this resource is practical advice regarding customs, dress and food. Worries about these things should not prevent us from mixing with each other.

A basic principle of dialogue is that we do not have to sacrifice, change or dilute our own beliefs. In fact doing this would be a disservice to our dialogue partner. Dialogue is primarily about people meeting to gain a true appreciation of each other’s faith.

Dialogue does not entail engaging in contentious debate or arguing about religion. It does however, call for a willingness to be open, to listen, and to respect the other. A willingness to set aside our own sense of religious superiority will also help us to see what is good and positive in the faith of the other. 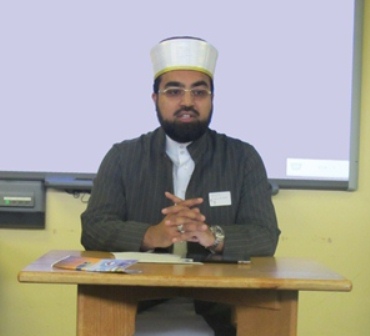 Speaking at a recent Muslim Christian Workshop in Limerick Sheikh  Umar Al-Qadri quoted a saying (a Hadith) of the Prophet Muhammad (pbuh), about God speaking to a person on the Day of Judgement.

Christians will recognise that this is very similar to what is said in the Gospel of Matthew (25.35) – “For I was hungry and you gave me food, thirsty and you gave me drink.”  Explaining the Hadith, Sheikh Umar then said:

Dialogue, in all its forms, involves a certain amount of patience and humility. Differences exist between us, but we share a common humanity and a wish to serve the God who made us. Both Islam and Christianity see serving our fellow man as being a way to serve God. Both faiths call on us to love our neighbour. DIALOGUE IS LIVING OUR FAITH IN THE PRESENCE OF PEOPLE OF OTHER FAITHS. IT IS A MEANS OF LOVING NEIGHBOURS WHO ARE NOT OF MY FAITH BY REACHING OUT TO THEM IN A SPIRIT OF OPENNESS AND TOLERANCE. In doing this, we do not have to engage in deep theological debate or depart from what we hold true. We do however, have to respect, cooperate, and live in peace with each other.

It will take time to build up relationships, to gain understanding, and to come to trust one another.  Dialogue should begin by focusing on things we have in common and on practical things we can do together (see below). There are obstacles that prevent or make dialogue difficult. These need to be acknowledged and challenged.

OBSTACLES TO DIALOGUE
On a world level there is a tendency for both Muslims and Christians to generalise their perceptions of each other. This leads to stereotyping, such as all ‘Muslims are terrorists or support terrorists’ and ‘all Christians are decadent, immoral and unjust’. The reality is that the vast majority of Christians and Muslims are none of these things.  To engage in dialogue, this tendency to generalise needs to be rejected and overcome. Interaction and contact with each other will show that such generalisations are untrue.

Without doubt, history is a major factor in shaping the way Muslims and Christians view each other. Our shared history has been marked by a variety of experiences, ranging from peaceful coexistence and cooperation to mutual vilification and armed conflict. It is a fact that there have been atrocities and injustices between Christians and Muslims. This history is something we should learn from but not live in. There have been centuries of negative arguments and debates (polemics) between Muslims and Christians. These often focused on comparing the ideal or theory of one faith with the worst examples of practice in the other. Efforts were also made to discredit, disprove or denigrate the other’s belief. This type of argument serves no constructive purpose and is the opposite of dialogue which presupposes having a true understanding of the others religion rather than one that is exaggerated or twisted by bias.

Media coverage of Muslims and Islam in the western world, (perceived as the Christian world by Muslims), is often biased.  In the world of films,the “bad guy”, Red Indian, later replaced by the Nazi German, has now become the Muslim terrorist. The media often portrays Islam as a fanatical religion, in which all Muslims support terrorism.  This is clearly not true. The overwhelming majority of Muslims reject terrorism and Islam as a religion does not condone it.

Western films and TV programmes, beamed by satellite around the world, give Muslims the view that the western world is a decadent, immoral and corrupt place. The perceived acceptance of personal and sexual freedom, the decline of religious practice, high crime rates, drug and alcohol abuse, all reinforce the stereotypical view that Christians are immoral, corrupt and unjust.

These generalised and stereotypical views are false and encourage polarisation. Dialogue and contact between Christians and Muslims are a means of breaking down stereotypes and false views.

Another obstacle to dialogue is self-sufficiency. This is the belief that we, Christians and Muslims, have nothing to learn from or offer to each other. However, as we have already seen, our scriptures and traditions call us to dialogue. We worship the same God and serve Him through serving our fellow human beings. This common purpose should lead us to cooperate with each other to establish justice, peace and to care for the world we live in.

Yet another difficulty in dialogue is the fact that when we speak with each other, we may use the same words or terms but understand them differently. This can cause confusion and misunderstanding, thus preventing fruitful exchange. When we speak using terms like prayer, fasting, scripture etc., it is important that we take the time to make sure we understand them in the way our dialogue partner does. 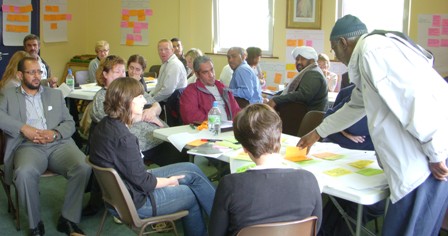 WHAT DIVIDES US AND WHAT WE HAVE IN COMMON
The fact that there are irreconcilable differences between Islam and Christianity on matters central to both faiths will make dialogue difficult. For example, we differ regarding the status of Jesus.  For Muslims he is a Prophet, for Christians Jesus is God made man. The unity and transcendence of God central to Islam are at odds with Christian belief in the Trinity and the Incarnation. We have different understandings of Revelation and Scripture and of God’s relationship with humankind. For Christians, God’s revelation is not only in the Bible, but also a revelation of Himself in the person of Jesus Christ.  Christian scripture is inspired by God, but the words are the words of men.  For Muslims, revelation is the Holy Quran, the verbatim word of God, revealing His will for humankind and sent down by Him to the Prophet Muhammad (pbuh).

Christians see themselves as beloved children of God.  Muslims cannot accept this as it implies humans being on the same level as God, thus compromising both His unity and transcendence.  Instead Muslims see themselves as adoring and loving servants whose duty it is to submit to the unquestionable will of Allah.  The status of women and differing views of religious liberty are also contrasting points between Christians and Muslims that cannot be denied.

In dialogue, each participant remains true to their own beliefs.  Therefore, it must be accepted that there will be points upon which we can only differ. Even so, we can respect each other.  If a relationship of trust has been built, then points on which we differ can be discussed in an atmosphere of respect rather than in the negative, polemical and destructive manner that has often characterised interaction between Muslims and Christians.

While fundamental differences exist, we also share many common beliefs and values. Belief in One God, creator of us all, is central to both Islam and Christianity.  We all believe in holy books or revelation.  We believe in prophets, the day of judgement and in the afterlife. Muslims and Christians also value prayer, fasting, worship, almsgiving and pilgrimages to holy places. We both trace our faith back to Abraham/Ibrahim, we both honour Maryam/Mary, and although we differ in our understanding of Jesus/Isa, he is central to both religions.

These common points, together with our shared respect for human dignity and our common responsibility to care for creation, provide broad areas in which we can cooperate for the good of humankind and the created world.  Even more basic than these broad areas of common concern is our shared wish to live in a place that is safe for our families, friends and community. Dialogue is a means of building such a place and, as we have seen, is a means consistent with what both Islam and Christianity teach.

To move on to Chapter 5 – Focus on Ireland click here