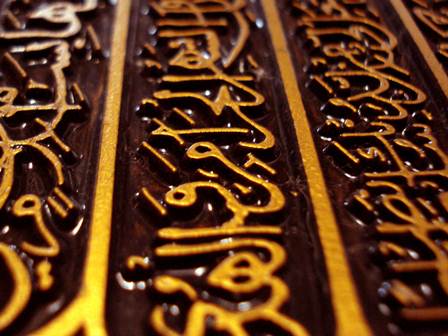 CHAPTER 2:
WHAT OUR FAITH (ISLAM AND CHRISTIANITY) TEACHES

CHRISTIANITY: The Gospels and especially the Parable of the Good Samaritan (Lk 10.25-37) teach that the call to love our neighbour does not just mean loving the person next door or a member of our own particular group or community. Reflecting this Gospel message, Church teaching regarding interreligious dialogue is very positive.

“The plan of salvation also includes those who acknowledge the Creator; in the first place among them are the Muslims: these profess to hold the faith of Abraham, and together with us they adore the one, merciful God, mankind’s judge on the last day.”
(Second Vatican Council, Lumen Gentium 16).

The Second Vatican Council’s Statement on the Relation of the Church Church to Non-Christian Religions, commonly called Nostra Aetate (right), portrays the positive attitude towards dialogue with Muslims that is reflected in most Christian denominations.

This document urges Christians and Muslims “to strive sincerely for mutual understanding” and “to make common cause of safeguarding and fostering social justice, moral values, peace and freedom.” In 1971 the World Council of Churches (WCC) representing Anglican, Protestant, and Orthodox churches, established an Office for Dialogue with People of Living Faiths. Since then both the WCC and the Vatican have sponsored m any meetings between Christians and Muslims. Unlike in the past, there is now, among most Christian denominations, a wish to promote mutual respect, understanding and cooperation between Muslims and Christians. This openness to interaction and cooperation reflects the Gospel call to “Love one another as I have loved you.”(Jn 13.34)  All Christians therefore, have a part to play in creating a just society in which they can, faithful to their beliefs, live as good neighbours with people of other religions.

ISLAM: The Holy Quran, when referring to the attitude that Muslims should have towards Christians and Jews, says: “ argue with them in ways that are best ” (16.125) and calls on Muslims to “compete in good works” (i.e. to out-do Christians in their good works). The existence of different religious communities is recognised in the Quran:  “Had thy Lord willed, he would have made mankind one nation.” (5.48) Muslim s are also called on to be patient in dialogue: “Bear, then, with patience, all that they say, and celebrate the praises of thy Lord , before the rising of the sun and before (its) setting”(50.39). There are many instances in the life example (the Sunna) of the Prophet Muhammad (pbuh – see over) that give guidance to Muslims on how to engage with Christians.

One such example is the Charter of Najran in which the rights of Christians are protected and guaranteed.