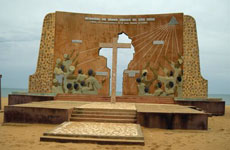 “We are in urgent need of food and medicine.”

Cotonou (Agenzia Fides) – “We are in urgent need of food and medicine to help the population affected by the floods,” Sister Léonie, Secretary General of Caritas Benin, has told Fides.
“Caritas has organized the parish Caritas groups to distribute food to displaced people. Caritas Benin, together with other organizations, was commissioned by the government to coordinate aid in the affected areas,” says Sister Léonie. “We launched an appeal, through the network of Caritas Internationalis, to send medicines and supplies to Benin. Caritas Germany and Secours Catholique of France have promised to help us.”
“We have so far registered 846 cases of cholera, 7 of which have been lethal. There are also cases of malaria and diarrhea. We need medicines to treat this disease, as well as insecticides and safety nets against Anopheles mosquitoes,” says Sister Léonie.
According to the UN Office for Humanitarian Affairs, floods in West and Central Africa have killed at least 400 people and affected half a million people since the beginning of the rainy season in June.

Our picture shows the monument built to mark the place where the first SMA missionaries arrived to evanglise this part of west Africa.

If you would like to respond to this appeal please send what you can to Rev Editor (Benin), African Missions, Blackrock Road, Cork. All proceeds will be sent to Caritas Benin. Thank You!