‘Gentle Jesus, meek and mild, look on me a little child. Pity mine and pity me, and suffer me to come to Thee.’  This was one of the first prayers I learned from my grandmother – an appropriate, if somewhat old-fashioned prayer but with a suitable image of Jesus for children. Jesus was certainly gentle and compassionate towards the poor and the sick, a friend to outcasts and sinners, and to all those with heavy burdens of any kind. These he invited to come to him with their burdens: ‘Come to me all you who labour and are overburdened and I will give you rest. Shoulder my yoke and learn from me, for I am gentle and humble in heart, and you will find rest for your souls (Mt 11:28-29). But Jesus was also passionate and determined about his mission of proclaiming and inaugurating the Kingdom of God and not afraid to stand up to those who opposed him, either openly or surreptitiously.

Jesus’ passion turns to anger when he sees the Temple of Jerusalem, his Father’s House, being desecrated. This sacred place, a place of prayer, it has been turned into ‘a market’ (Jn 2:13), or ‘a den of thieves’ (Lk 19:46). So, as today’s gospel tells us, Jesus makes a whip of cord and drives the merchants out, along with their cattle and sheep. He overturns the tables of the money-changers and scatters their coins on the ground. Then, he tells the pigeons sellers to take their pigeons away (Jn 2: 14-15). What made Jesus so angry on this occasion? True, he was often angry and frustrated with the Scribes and Pharisees, but this is the only time we see his anger turning to violent action.

To understand Jesus’ anger we need to realise the importance of the Temple for the Jews. The first Temple of Jerusalem was built by King Solomon in the tenth century BC to house the Ark of the Covenant, the residence of God on earth. Sacked and destroyed a few decades later, a second Temple was built in the sixth century BC. In 63 BC, this new Temple was ransacked but not destroyed by the Romans. In 19 BC it was completely renovated and expanded by King Herod the Great. Today’s gospel tells us that the new Temple took forty-six years to complete. At the time of Jesus, it was a magnificent building of which the Jews were justly proud. It was the centre of their religious, social and commercial life, providing a livelihood for 20% of the population of Jerusalem.

We have no reason to believe that Jesus’ anger was directed against the Temple itself. His challenge to the Jewish authorities to ‘destroy this temple, and in three days, I will raise it up’ (Jn 2:19) was a reference to his physical body as John is quick to explain: ‘But he was speaking about the temple of his body’ (Jn 2:21). The Temple played a significant role in Jesus’ life from his earliest years. His parents were accustomed to travel to Jerusalem every year for the feast of the Passover. When he was twelve years old, much to the consternation of his parents, he remained in the temple for three days, listening to the doctors of the Law, and asking them questions (Lk 2:41-42). According to John’s gospel, it was Jesus’ custom to go to the Temple at regular intervals, for the Feasts of the Passover, the Tabernacles, and the Dedication of the Temple. Nor did Jesus hate Jerusalem. Luke tells that he wept over the Holy City, foreseeing its destruction by the Romans in 70 AD.

Jesus’ anger was directed, not against the Temple, but against the powerful Temple authorities, the priests, who had turned Temple worship into a lucrative business for themselves. They controlled the buying and selling of the animals for sacrifice, the exchange of currency, and the collecting of the temple tax, equivalent to half a week’s wages of the average labourer. In effect the pilgrims, and especially the poor, were being fleeced to line the pockets of the wealthy priests. Moreover, the buying and selling of animals and the exchange of money took place in the courtyard of the Gentiles. This meant that non-Jews could not pray in peace. No wonder Jesus was furious and resorted to an action, in open defiance of the Temple authorities that surely sealed his fate.

The Temple, the House of God, was no longer ‘a house of prayer for all peoples’ (Is 56:7), but a place of empty rituals and corrupt practices. Its worship had become commercialised and hypocritical, not the kind of worship that pleases God. What Jesus wanted, and this is his challenge to us today, is ‘worship in spirit and truth’ (Jn 4.23), the worship of lives marked by integrity and justice, compassion and sacrificial service of others. He has modelled this kind of worship for us by his own life of self-giving love and by his sacrificial death on the Cross. He has become the new Temple of God. 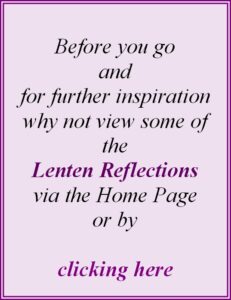 I end with an anonymous prayer found on the door of a Church, and quoted by Fr Flor McCarthy SDB, who died recently. May the Lord grant him the fullness of eternal life!

The House of God

‘Lord, make the door of this house wide enough to receive all who need human love and fellowship, narrow enough to shut out all envy, pride, and strife. Make its threshold smooth enough to be no stumbling block to children, not to straying feet. Make this house a house of prayer and a gateway to your kingdom.’