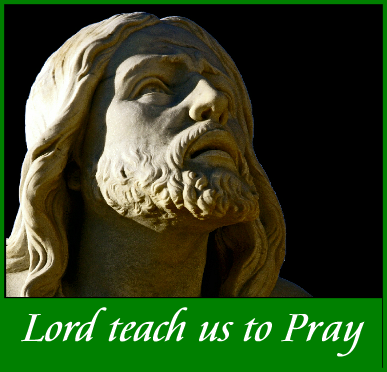 World Day of Prayer for Grandparents and the Elderly

Two weeks ago, on a balmy Sunday afternoon, I joined in the celebration of an open air Mass for the Dead in the cemetery of my home parish. As the graves were being blessed after Holy Communion, and while the Rosary was being recited, one woman was heard to remark as she left the cemetery, ‘I’m going. I’m prayed out of here.’  Jesus was not in favour of long repetitive prayers. To the contrary, he recommended that we keep our prayers short and to the point: ‘In praying, do not heap up empty phrases as the Gentiles do; for they think that they will be heard for their many words. Do not be like them, for your Father knows what you need before you ask him’ (Mt 6:7-8). In today’s gospel passage from Luke, when asked by one of his disciples to teach them to pray, Jesus gives them the wonderfully concise prayer we call the ‘Our Father’ (cf. Lk 11: 1-4). According to Rowan Williams, the former Archbishop of Canterbury, the ‘Our Father’ is not only our best prayer but also our best summary of the Christian faith.

There is a beautiful Church on the Mount of Olives in Jerusalem which commemorates the event described in today’s gospel. Known as the ‘Pater Noster (Our Father) Church’, the walls of its cloister feature the Lord’s Prayer inscribed on colourful ceramic plaques in over one hundred and fifty languages. In April 2008, I had the privilege of celebrating Mass in that sacred place along with a small number of priests and sisters – participants in the ‘Ecce Homo’ Biblical Formation Programme that Spring. After Mass I spent some time walking along the beautiful vaulted cloister, checking to see if I could find a Gaelic version of the Lord’s Prayer. To my delight I found that our native Irish language was included.

The ‘Our Father’ is not only the prayer Jesus taught his disciples and the model for all Christian prayer. It is, first and foremost, the prayer of Jesus himself to his beloved Father. Many beautiful commentaries have been written on the ‘Our Father’. Two outstanding ones that come to my mind are Pope Benedict’s commentary in his recent book, Jesus of Nazareth, and the commentary in The Catechism of the Catholic Church. This homily is not an attempt add another commentary. I simply wish to highlight three notable characteristics of the ‘Our Father’, particularly relevant for the times in which we live:
First, it is a prayer that liberates us;
second, it is a prayer that challenges us,
and third, it is a revolutionary prayer.

The ‘Our Father’ is a prayer that we, in Ireland, normally say standing up. And rightly so for it is a prayer which enables us to stand with freedom and dignity in a world where God’s will is far from being a reality. We can pray this prayer and can address God as ‘Father’ because we stand with Christ who has made us his brothers and sisters, God’s children. This means that, as St. Paul so eloquently tells us in Romans (chapter eight) nothing can separate us from the love of God. There is, indeed, much evil in our world, but with Christ we shall never be overwhelmed by it, since he has conquered not only the worst that humans can do, but especially the power of Satan. So we are liberated from anxiety because we stand and pray the ‘Our Father‘ with Christ, in whom we have a sure anchor in this turbulent, difficult, and at times nightmarish world.

In the ‘Our Father’, the central petition is: ‘Thy Kingdom come, thy will be done on earth as it is in heaven’. To make this petition is to envisage the most revolutionary change imaginable in our world. It is to long for a ‘new creation’, a world where God’s dream for us is realised, where forgiveness is the first imperative in all our relationships, where the evils of division and structural injustice are radically excised. The world we pray for in the ‘Our Father’ is not just a better world; it is a world of transformed relationships; a world in which we live at one with ourselves, with God, with one another and with the earth.

To pray the ‘Our Father‘ with confidence, and to mean what we pray, requires courage and commitment. Indeed, we can only pray this prayer because we stand in that intimate place where our brother, Jesus, stands in relation to his Father. With Him, who has made himself one with us, we dare to address God, not as ‘Master‘, but as ‘Abba’ – ‘dear Father‘.