“It was the people themselves who asked for Sisters.
Now they’re asking us to stay…
I have great confidence in Our Lady of Africa…
I choose to stay.”
– Blessed Sr. Bibiane OLA

This week Aid for the Church in Need encourages us to remember the witness of past and present Christians and Martyrs by: (i) Praying the Angelus at 12 noon & 6 pm and (ii) by wearing a red tie or scarf as a symbolic remembrance of all Christians who have suffered and died for their Faith.

On December 8, 2018, Pope Francis beatified 19 Catholic martyrs in Algeria, amongst whom were two Our Lady of Apostles (OLA) Sisters, Sr Bibiane OLA (Denise LeClerq, aged 65) and Sr Angèle-Marie OLA (Jeanne Littlejohn, aged 62). Both were shot in the back on their way home from Mass, just a hundred meters from the OLA convent in Belcourt, Algiers.

Denise LeClerq was born on January 8th, 1930 in Gazerau, France. She entered the Sisters of Our Lady of the Apostles on March 4th, 1959 and received the name Bibiane. After her first vows on March 8th, 1961, she was sent to Algeria to the maternity ward in Constantine, located in the north-east.

Jeanne Littlejohn was born in Tunis on November 22nd, 1930. In 1957, Jeanne joined the OLAs and received the name Angèle-Marie. She pronounced her first vows two years later and she left for Bouzarea, Algeria where the Sisters had an orphanage and a boarding school for young girls.

In Belcourt, Algiers, Sr Bibiane and Sr Angèle-Marie ran a School of Art where they trained Algerian women and young girls in sewing and the craft of embroidery to help them make a living. Both had served in Algeria for more than thirty years.

The Sisters received girls from disadvantaged backgrounds and visited families. This allowed them to discover the extent of the material and moral miseries of the Algerian women. They were witnesses to the love of Jesus Christ in the “Silence of words” and the actions of their lives.

In 1994, as tensions rose, it was necessary to take a decision: stay or leave? Sr. Bibiane’s answer was clear:

“It was the people themselves who asked for Sisters. Now they’re asking us to stay. I am very grieved, I feel helpless in the face of so much suffering, but I know, God loves these people and I have great confidence in Our Lady of Africa. Jesus said: ‘The father will give you everything you ask for in my name’.

“His light helps me to discover wonders that are hidden, amazing solidarity, generosity, superhuman courage, the spirit is at work in their heart. The Word of God helps me to stay tuned – to be a glimmer of hope: I choose to stay.”

“We must not be afraid. We just have to live the present well.
The rest doesn’t belong to us.”
– Blessed Sr. Angele-Marie

On leaving mass in the afternoon of Sunday, September 3rd, 1995, a Sister shared with Sr. Angele-Marie her fear in the face of violence. Angèle-Marie replied: “We must not be afraid. We just have to live the present well. The rest doesn’t belong to us.” Ten minutes later she and Sr. Bibiane were felled by a hail of bullets.

On the occasion of their beatification in December 2018 Pope Francis said:

“Commemorating the death in Algeria of these nineteen Christian victims, the Catholics of Algeria and of the world wish to celebrate these martyrs faithful to God’s project for Peace that inspires all hearts. At the same time they wish to include in their prayers all the sons and daughters of Algeria who have, like them, been victims of the same violence for living with fidelity and respect for others, their duty as believers and citizens in this blessed land”.

The ceremony took place at the Basilica di Notre Dame of the Holy Cross, in Oran, Algeria and was the first such event in a Muslim country. 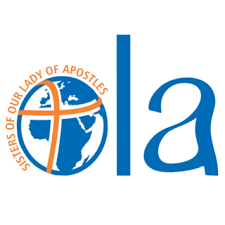 The headquarters of the Irish Province of the OLA Sisters is Ardfoyle Convent, Ballintemple, Cork City. They can be contacted at: [email protected]