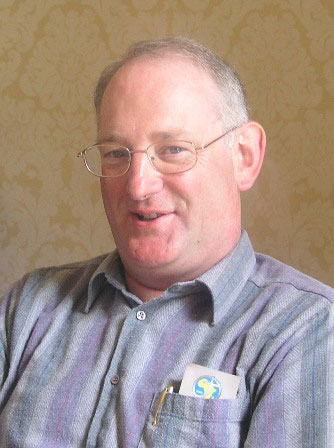 After serving as a missionary in Liberia, Fr O’Gorman moved to South Africa to lecture in the St John Vianney Major seminary in Pretoria. For a period he was also the Regional Superior for the SMA team in the country. He is now lecturing in Moral Theology at St Patrick’s College, Maynooth.

The following is an edited version of the sermon he preached to the seminarians at Mass on Wednesday, 11 December 2013, drawing on the Readings for the day [Isaiah 40:25-31 and Matthew 11:28-30] and the ongoing celebrations for the life of the late Nelson Mandela.

‘There is a lovely road that runs leads from Ixopo into the hills’: this is the opening line of Cry, The Beloved Country, the novel by Alan Paton (written in 1948), the year the Nationalist Government came to power in South Africa advocating a policy of apartheid. It is on such a road that the remains of Nelson Mandela will be brought on Sunday, the last leg of his long walk to freedom.

Apartheid, the separation of peoples solely on the basis of colour, the ideology he struggled against with every fibre of freedom he could find, was founded on fear.

Mandela never saw or spoke of himself as a saint – he acknowledged his mistakes, humbly mentioning his vices alongside virtues. Much has been spoken and written about him in terms of freedom and reconciliation and rightly so. But more needs to be said, especially about his prophetic honesty. You love truth in the heart, David declared and Mandela learned to live from the heart of truth. For him there could be no freedom without truth, no reconciliation without freedom, no justice without reconciliation.

Like Joseph, Nelson Mandela was a dreamer. Like Jeremiah, he was fearless. Like John the Baptist, he was not afraid of those who abused power. Like Jesus, he knew that the truth would set people free. If the peacemakers will be called children of God he is truly a father figure for the global human family.

My favourite image for Mandela is another biblical one, though in the transposed form I first heard it in the College Chapel more than 30 years ago – He was a lion in a nest of Daniels. He didn’t achieve the end of apartheid and the advent of non-racialism and reconciliation on his own. However, without his leadership and the ‘lonely decisions’ of his long life we would be looking at a very different and despondent reality, not only in South Africa but all over the world.

May God the Father of freedom gather you into the home of your ancestors.

May Jesus who is the way, the truth and life, come to meet you.

May the Spirit of eternal reconciliation grant you peace.

As the funeral cortege carries him through the rolling hills of the Transkei, the hills hailed by Paton as ‘lovely beyond any singing of it’, we recall the words of Isaiah about those who run and do not grow weary, walk and never tire. After a lifetime of carrying the yokes of suffering and sacrifice, of bearing the burdens of service and solidarity may he hear the voice of the gentle and humble Christ calling him to find rest for his soul.