Home News The Vatican and the post-pandemic world order 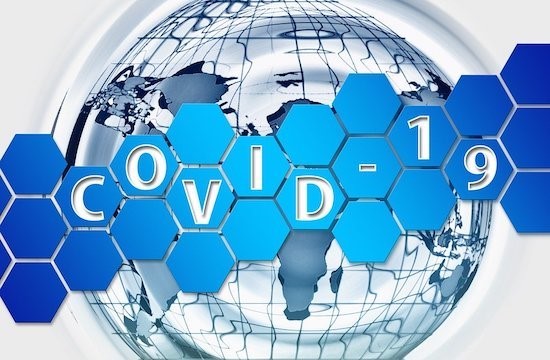 The COVID–19 pandemic will have an impact on the world order and international relations, and of course also on the Catholic Church.  The papacy stands out as a global reference point. That’s partly because most world leaders have lost credibility.  But it’s also because Pope Francis, from the very beginning of his pontificate, has continually articulated the vision of the one human family in this one world: a world made of borders that can become thresholds for new human relations. Papal teaching in recent years has paved the way for a “global peace process” – from Laudato Si’ (the 2015 encyclical on care for our common home) to the Document on Human Fraternity (co-signed by Francis and the Grand Imam of Al-Azhar, Ahmad Al-Tayyeb, in Abu Dhabi on 4 February 2019).

The letter and spirit of these extraordinary texts could not be more visibly different from the policies of the strongmen that currently lead governments in places like the United States, Russia, India, Turkey and Brazil.

Post-pandemic world: speed bump or major detour?
We don’t know what will happen to the world order once the pandemic is over. The end of this global crisis could be a speed bump or a major detour. But it will probably look less like the global recession of 2008 and more like the year 1919 – opening to a new world order with very different consequences in different countries.

In Italy it meant the rise of Fascist rule between 1922-1925 and for two decades until the end of World War II. On the other hand, Benedict XV articulated a new Catholic doctrine on the missions with his 1919 encyclical Maximum Illud. This staked out the Catholic Church’s independence from nationalist and colonialist enterprises.  The 1920s also marked an acceleration of the Catholic tradition of favoring multilateralism. For all the uncertainties, we know where the backbone of contemporary Catholic teaching stands on human rights, migration, the economy, globalization and the environment.

The pope’s analysis is right
We can already see that the global health crisis has confirmed Pope Francis’ interpretation of our times as a disruption of globalization. There is an undeniable crisis of multilateral institutions.As Gaïdz Minassian and Marc Semo wrote in Le Monde recently, this crisis is “old, profound, and by now more evident than ever”.There are different ways of looking at the consequences of the pandemic on the world order. Some see this moment as a crisis of internationalism in terms of trying to stop globalization as the path to prosperity.

“The pandemic has prompted an anachronism, a revival of the walled city in an age when prosperity depends on global trade and movement of people. The world’s democracies need to defend and sustain their Enlightenment values,” wrote former US Secretary of State, Henry Kissinger, in a Wall Street Journal op-ed. Others say we are witnessing a threat to the liberal democratic model, given “the triumph of non-individualist democracies in Asia”. It is a threat that is also looming in some countries of Europe.

Crisis of US leadership in the world
However one sees it, the pandemic certainly could accelerate shifts in the balance of power in particular parts of the world. The biggest question concerns relations between and among Europe, the United States and China. The Vatican has already had to significantly adapt its geopolitical posture towards three entities over past several years, especially after Trump’s election and thanks to the epoch-making agreement between the Holy See and the Chinese government on the appointment of bishops of September 2018.

There is no question that the response to the pandemic has deepened the crisis of American leadership in the world. The United States’ legitimacy as a global leader has always been based on stable domestic governance, the provision of global public goods and the ability (and willingness) to coordinate a global response to crises. “The coronavirus pandemic is testing all three elements of US leadership. So far, Washington is failing the test,” said two US-based experts on Asia in a recent essay in Foreign Affairs.

The future shape of Europe
On the other side of the Atlantic, the European Union stands at a crucial moment for its survival. In a similar way, a number of countries on the Old Continent that are vital to the Catholic Church are at a turning point. Germany, for example, will soon see the retirement of Angela Merkel and the possible rise of a very different kind of Christian-Democratic party leader, such as Friedrich Merz. This would put Europe’s most powerful nation on a much more conservative path.

And what will happen in Asia?  “COVID-19 will also accelerate the shift in power and influence from West to East,” wrote Stephen Walt in the magazine Foreign Policy.  “South Korea and Singapore have responded best, and China has reacted well after its early mistakes. The response in Europe and America has been slow and haphazard by comparison, further tarnishing the aura of the Western ‘brand’,” he said. Some experts predict that the handling of the pandemic could be the beginning of an upheaval for Communist China. The Catholic Church is watching with great concern the role China is forging in international relations.

The Holy See and China’s charm offensive
Beijing has conducted a very aggressive soft power campaign that has divided Europe. Eastern European countries (both members and non-members of the EU) have begun embracing Chinese leadership as they began receiving aid from the Chinese government. What has been the Holy See’s response to this very rapidly shifting situation? At first glance it would appear that it is reacting favorably to Chinese charm similarly to the way some European countries (including Italy) have.

But looking more carefully, one detects a much more nuanced and subtle approach. Vatican statements thanking China in early April for sending aid and supplies to fight the coronavirus are a case in point.  In the pages of L’Osservatore Romano and communiqués issued from the Holy See Press Office, the Vatican specifically expressed thanks to “the Red Cross Society of China and the Hebei Jinde Charities Foundation”, as well as to “the bishops, the Catholic faithful, the institutions and all other Chinese citizens”. The wordsmithing effort was clearly aimed at avoiding any interpretation of the Vatican’s statement of gratitude as an endorsement of Beijing.

This approach is also meant to counterbalance the views of some prominent Catholics around the world who see the role of China in a much more negative way. Myanmar’s Cardinal Charles Bo, for instance, took a very different and very strong public stance against the Chinese regime by connecting its handling of the pandemic to its record on human rights and religious liberty.

A Latin American pope gives a boost to Europe
Most importantly, the Vatican has not followed the same path of other Western countries in their retreat into a provincialism and parochialism, which are part of the intellectual collapse of the political elites.

Quite the opposite.Francis has invested more energy and attention in Vatican diplomacy. He has put forth a new model for training future papal diplomats and has instituted a “third section” within the Secretariat of State explicitly dealing with papal nuncios. If the pandemic has temporarily reduced the functioning of Vatican offices in the Vatican, including the Secretariat of State, there are changes that prepare the future.

In the last few weeks, the pope and his Vatican aides have focused on the European Union.”Among the many areas of the world affected by the coronavirus, I think in a special way of Europe,” Francis said during his Easter Urbi et Orbi address.”The European Union is presently facing an epochal challenge, on which will depend not only its future but that of the whole world,” he warned. Francis is talking more directly to Europe than he possibly could to the United States or China. It is striking that under the Latin American pope’s leadership, the Holy See has rediscovered the European Union’s importance and need for survival.

Further evidence of Francis’ focus on the Old Continent during the pandemic was his prayer for European unity at the Mass in Santa Marta on April 29, Feast of St. Catherine of Sienna, a co-patroness of Europe. This new attentiveness comes after years of Vatican-led skepticism towards European institutions that were perceived as technocratic and secularist.

Catholic social teaching and the post-COVID 19 world
The coronavirus pandemic is raising questions on the viability of a set of political ideas and values that have shaped the international order in the post-1945 world. Regarding the Catholic Church’s teaching and understanding of humanity, some of them are no-brainers.

They include an espousal of multilateralism over nationalism; belief that constitutional democracy, rather than dictatorship and authoritarianism, is more compatible with the Gospel; and a commitment to the Church’s work for peace and disarmament, as well as international social and economic justice, in the framework of a culture of life.

On other issues, the Vatican’s posture will be more difficult to predict. The post-1945 alignment between Catholicism and the geopolitics of NATO has been radically thrown into question by the aftermath of 9/11 and, lately, by the Trump administration. It’s still not clear what the import of the Holy See’s diplomatic opening up to China will mean in the long run. And it faces other challenges in how to deal with the new ideological splits between Eastern and Western Europe.

Compared to previous pandemics, religious liberty has become an emerging issue for the Catholic Church in some countries not really affected by the culture wars. In Italy, for example, there have been unprecedented tensions between the bishops’ conference and the national government.

The pandemic has created a situation of great uncertainty in international relations. And the papacy and Vatican diplomacy have to navigate this.  The difference is that Catholicism does not suffer from the same uncertainty in terms of doctrine: there is no real vacuum in how the Church’s magisterium looks at the modern global world.  It is a doctrine that was tempered by a series of historical shocks that had consequence on theological and magisterial development: the fall of the Papal States in 1870; the two world wars and their aftermath; the illusion of an unquestionable liberal world order at the end of the Cold War; the post-9/11 instability…

Compared to the ideological life rafts that dot today’s horizon, the Barque of Peter has greater stability. The big question is how much sound Vatican social doctrine will be able to influence Catholics in their own local and national contexts.