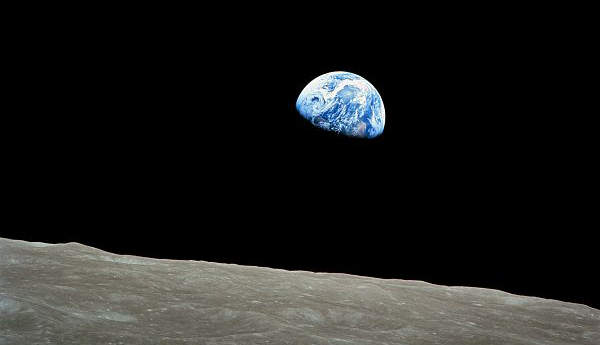 Every section included quotes from ‘Laudato Si’. There was a sense that all the concerns that we have about the planet were addressed by Pope Francis in his encyclical.

The SMA Parish, Wilton, Cork are in the process of becoming an Eco congregation. The Wilton Justice group, attached to the SMA parish decided to host a program called “Caring About a Small Blue Planet”.

The program consisted of 21 course hours, spread over six evenings and one full day.

The course was facilitated by two experienced facilitators, Frank Dorr and his wife Eileen Lynch.

In the planning of the program we decided to invite parishioners from two neighbouring parishes. Sixteen people applied to participate in the program. 13 people eventually attended the whole program.

It was a very informative program. The themes covered included, “The Wonder of our World and the Web of Life”; “what is happening to Earth’s air, soil and water; “Climate Change”; “Feeling the Pain of what has been lost.; “The Cost of our consumer Culture to the earth and to the poor; “The Possibility of unlimited Economic Growth on a Finite Planet”; Seeds of Active Hope and Facing the Future with Love and Resolve”.`

Having participated in all aspects of the program, I can highly recommend it to any group who are concerned about our planet. While it contained a lot of information, the program was a process. All participants were involved, with everyone contributing from their own experience and wisdom. Every section included quotes from ‘Laudato Si’. There was a sense that all the concerns that we have about the planet were addressed by Pope Francis in his encyclical.

For me personally, I found the program spiritually very enriching. Over the weeks I became very aware that I am intimately connected with the whole of life. “WE are the earth, through the plants and animals that nourish us. We are the rains and the oceans that flow through our veins.” This quotation from the “Declaration of Interdependence” impacted me greatly. Living the interdependence is a continual challenge and spiritually enriching.

At the end of the program we were very aware that we need the solidarity of like-minded people to take on the many challenges that the program highlighted. While the challenges are many, the hope that was nurtured during the program will sustain us as we live a life that sustains the planet, rather than undermining its life and vitality.