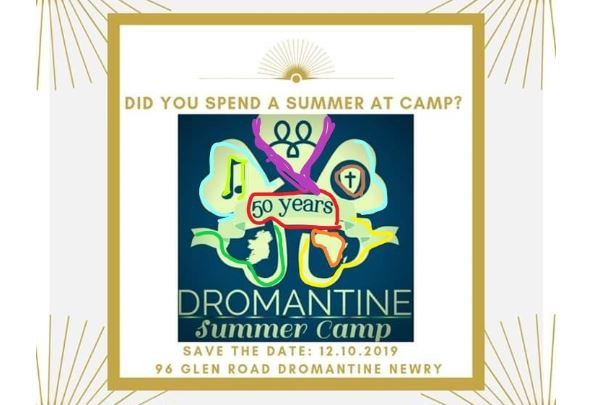 One of the most attractive aspects of the SMA Summer Camp
is FAITH. Along with Sport and Games, it always was,
and still remains, an important element of the camps
with the young campers attending Daily Mass
and learning more about Missionary work carried out by
the SMA Fathers and OLA Sisters
throughout Africa and the Middle East.

The SMA Dromantine Summer Camp is a remarkable story of dedication and commitment, carried on by the Society of African Missions for half a century and its in no hurry to end.

We will publish a history of the Summer Camp in the near future but today we want to celebrate the 2019 Summer Camp with a report from the Camp Chaplain, Fr. Fergus Tuohy SMA.

The Camp is devised into Players (boys and girls aged 11-17 who attend the Camp); Managers (aged 17 years and above who are leaders of the various teams); Students (who are young adults, comprising former managers, who supervise current managers). Many of the young adults who volunteer as Students are members of the FOA (Friends of Africa).

The Players spend 6 days at camp from Sunday to Friday and the camp offers a variety of activities in Sport, Faith and Entertainment, Guidance on life’s opportunities / challenges and also input from FOA [Friends of Africa] Volunteers returning from their four/six week experience in Africa.

The Camp is held in Dromantine, the SMA Retreat & Conference Centre, set in stunning grounds outside Newry, Co. Down.

Overall, the 2019 Summer Camps had just under 500 Players who participated in the Camp; 59 Student Leaders who supervised the Camps; and 57 Managers who looked after the Teams during the Camp.

The first Camp was held in 1969 and 40 boys attended. The popularity of the Camps grew quickly and this year almost all of the Weeks were full – with waiting lists in operation for some weeks.

One of the most attractive aspects of the SMA Summer Camp is FAITH. Along with Sport and Games, it always was, and still remains, an important element of the camps with the young campers attending Daily Mass and learning more about Missionary work carried out by the SMA Fathers and OLA Sisters throughout Africa and the Middle East.

This year was no exception and, as well as SMA Priests including: Frs. Damian, John, Martin, Dan, Paddy and myself -we also welcomed Frs. Peter McAnenly (Administrator, Armagh Cathedral) – a former player, and also Thomas McHugh (Armagh) – a former player also. All the SMA Fathers in the Dromantine Community were very welcoming and a big thank you must be extended to Frs. Peter, Eddie, Des and Jim, as well to all the visitors who called to the Camp.

We have been very privileged to have the OLA Sisters helping in the running of the Camp also. Sr Eithne McDevitt has long associations with the Camp and in the last few years Sr. Patience, Sr. Mary and Sr. Juliana have been of great help to us in the Camps. Many thanks to the OLA Congregation for collaborating with us.

This year, 2019, as well as the usual activities, we also had Line Dancing and Jiving for the girls and TALENT Shows for both Boys and Girls.

One of our Student Leaders , Orlagh McClinton represented Antrim in the 2019 Rose of Tralee contest, and even though she did not win she was truly our DROMANTINE ROSE!! 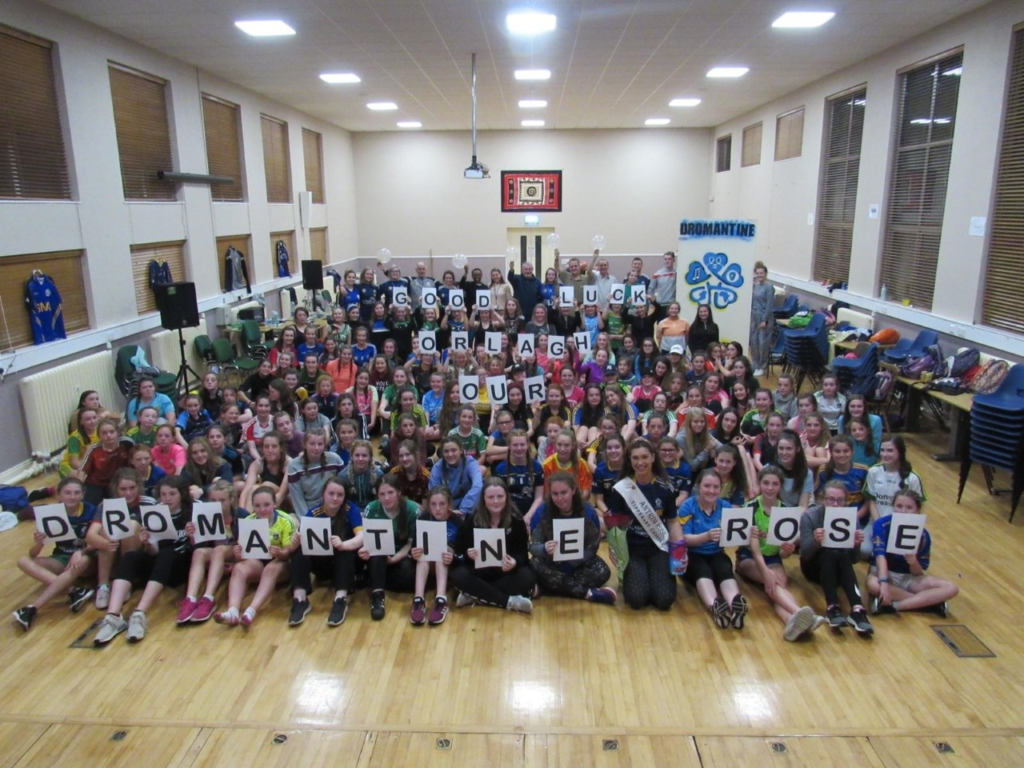 So Camp 2019 has come and gone. Preparations are underway for 2020. We would love to see Players and Managers from all over Ireland.

If you would like to be part of Camp 2020 (see dates below) you can contact us in any of the following ways:

Thank you, and God bless you all.