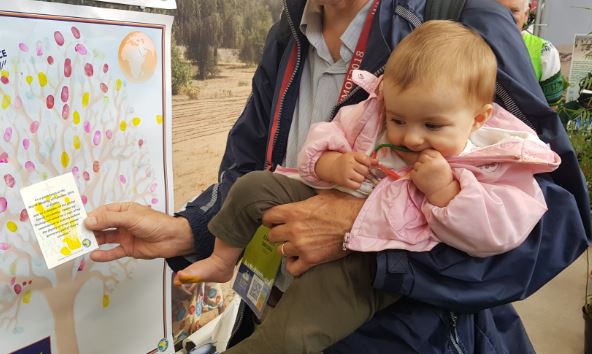 The SMA exhibit at the World Meeting of Families 2018 was, by popular agreement, considered the best exhibition at the RDS. The former Director of Trócaire, Justin Kilcullen, after visiting our stand said that if there were prizes for the best exhibition, we would surely receive 1st Prize.

Below we are making available to our readers a short video made by Paul O’Flynn, a member of the SMA Communications Committee, narrated by the SMA Justice Officer, Gerry Forde.

The short film introduces two important initiatives that were promoted during the WMOF2018 – The Family Tree Programme and the Laudato Tree Project – both extensions of our Thumbprint for Climate Justice Campaign.

The exhibition was named ‘Planting Trees of Hope’, planning for which began in October 2017.

We hope you enjoy the film, the first of a series of short films planned for the coming year.