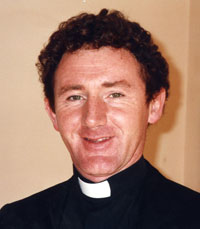 Africa is a continent of tremendous beauty and potential. Good leadership by many visionary people has meant that many areas of the continent are experiencing peace and development. However, in many regions hundreds are being killed, maimed and displaced on a daily basis, while development programmes, schools, hospitals and churches are unable to operate due to violent conflict.

As an SMA missionary I have been working in Africa for almost 25 years.  A large proportion of that time has been devoted to the promotion of peace and development in conjunction with searching for conflict settlement and striving towards conflict resolution via transformation and academic research.   In my view it is nearly impossible to improve the quality of life for people suffering from extremes of violence.

Peace that is built on addressing the roots causes of conflict, as distinct from just attending to the symptoms, is an essential factor in helping nations develop and flourish both economically and socially.  I have witnessed the tremendous ‘life’ sacrifices of missionaries and humanitarian workers promoting peace and development. I have seen large amounts of development assistance utilised to address symptoms of conflict, rather than trying to address the root causes of the same conflicts.

Conflict and the lack of development may be explained at levels which avoid reference to the root causes. However, I am convinced that if root causes are not addressed, the perennial nature of conflict will persist. Negative peace, which is the mere absence of violence, will never be transformed into positive peace, the experience of people reinforcing the wellbeing, harmony and development of each other. The wholeness of the concept ‘peace’-‘salaam’-‘shalom’- or ‘siochan’ as advocated by noble spiritual leaders, will only remain piecemeal. To be involved in justice and peace initiatives or humanitarian work without seeking to understand and address the root causes of conflict will never yield true peace or sustainable development.

The conflicts I have witnessed, experienced in forms of behavioural and structural violence, highlight the need to identify the sources and structures that are causing the violence in order to break this vicious conflict cycle. Only then can positive and sustainable peace be realised. The 2007-09 Kenyan post-election violence, now abated, was responsible for the deaths of 1,300 people, more maimed and 500,000 displaced approximately, is testament to this.

I founded the Shalom Centre for Conflict Resolution and Reconciliation (SCCRR), recognised by the Kenyan Government, and endorsed by church and development organisations, in order to build a sustainable path to peace in Northern Kenya, a region seriously affected by generations of violence among pastoralist ethnic groups. By employing deep-rooted conflict transformation methods, I believe that peace and sustainable development is possible. The SCCRR is carrying out rigorous research across the affected conflict environment to determine ‘why’ the violence is occurring, and then deal with the ‘how’ by sharing conflict resolution, peace building and reconciliation skills with existing institutions involved in the search for peace.

The SCCRR works at a grassroots level to bring existing institutes involved in development and peace building, to be educational and formative centres of conflict resolution. From my observation and academic research on conflict, I have found that there is an urgent need for all missionary and development workers to work together in peace building. SCCRR provides key people – community members, government and non-governmental bodies – with conflict transformation training to develop the necessary competencies to deal with conflict at the deepest levels.

While SCCRR’s long-term goal is to build a comprehensive Africa-centric plan for peace between warring parties, our work is initially focused on the conflict environments of Turkana, Marsabit and Wajir Districts in Kenya, an area three times the size of Ireland. In the Turkana Districts the prevailing violence is between the Turkana people and neighbouring ethnic groups, notably the Pokot, Toposa, Dassenach, Samburu, and Karamojong peoples. Its people are pastoralists and agro-pastoralists and are perennially ensnared in inter-ethnic conflicts between pastoral communities over issues such as scarcity of environmental resources, cultural variation, state neglect, contested use of territory, and the proliferation of small arms.

Our conviction is that our work can transform the lives of communities affected by conflict, so that positive peaceful co-existence becomes a new norm in northern Kenya and adjacent countries.

Above article is reproduced with the kind permission of the Irish Times, Dublin. Original appeared in its column Rite and Reason on 27 April 2010