Home ___Storage Justice Issues The high street preachers: ‘The End is Nigh’ – Were they right? 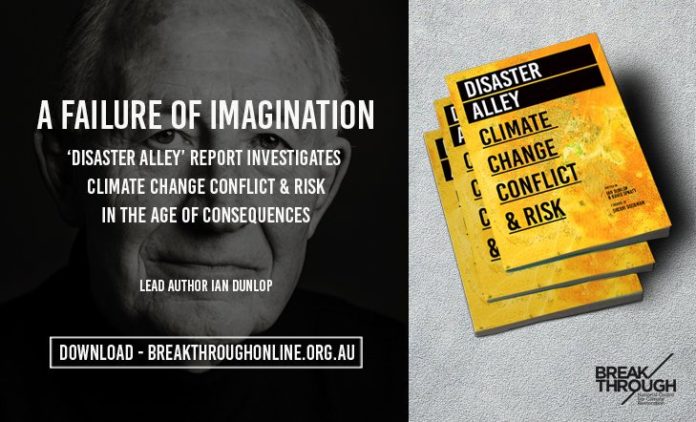 “This would be akin in scale to the World War II emergency mobilisation…
A doomsday future is not inevitable!
But without immediate drastic action our prospects are poor.
We must act collectively.
We need strong, determined leadership in government, in business and in our communities to ensure a sustainable future for humankind.”
– Admiral Chris Barrie, former chief of the Australian Defence Forces

Editor’s Note: Remember holidaying by the seaside in various parts of the Irish and British Isles?; or walking through high streets on certain days, and being confronted by preachers with sandwich boards that proclaimed: “The End is Nigh!”

Reaching deep into the Book of the Apocalypse they drilled through tinny megaphones quotations from scripture that assured us that the end of the world was soon and that we needed to repent of our sins and prepare for the Second Coming of Christ.

Their preaching was primarily focused on a narrow morality, often rooted in Jansenism or Victorian theology, and more often proclaiming that the Roman Catholic Church was a sure road, not to redemption, but to a doomed eternity.

While their message might not have enamored the preachers to us, it could be their ultimate warming – ‘the End is Nigh’, may not have been entirely bonkers after all.

On June 4, 2019, Harry Cockburn of the Independent penned an article that ran with the headline:

Cockburn’s opening paragraphs read: “Human civilisation as we know it may have already entered its last decades, a worrying new report examining the likely future of our planet’s habitability warns.

“The increasingly disastrous impacts of the climate crisis, coupled with inaction to tackle it are sending our planet down a bleak path towards an increasingly chaotic world which could overwhelm societies around the globe, the report’s authors contend.” 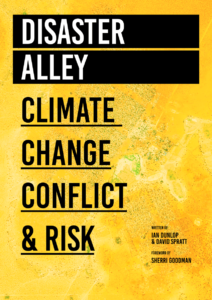 The article informed us that the report, ‘Disaster Alley – Climate Change, Conflict & Risk’ was the work of the Melbourne-based think tank Break/Through – National Centre for Climate Restoration, lead by a former chief of the Australian Defence Forces and retired Royal Australian Navy Admiral, Chris Barrie.

In his introduction to the report Barrie writes that the authors “have laid bare the unvarnished truth about the desperate situation humans, and our planet, are in, painting a disturbing picture of the real possibility that human life on earth may be on the way to extinction, in the most horrible way.”

While not quoting the Bible, it’s an Apocalyptic vision what a very definite timeframe. And a lot more captivating than the Bible thumpers with the sandwich boards.

The report states: “climate change now represents a near to mid-term existential threat to human civilization.” Cockburn informed Independent readers that the authors called “for a recalibration in how governments respond to estimated climate scenarios so they take worst case projections more seriously.”

The journalist also informed us that the report argues that the detrimental impacts of climate breakdown, such as increasing scarcity of food and water, will act as a catalyst on extant socio-political instabilities to accelerate disorder and conflict over the next three decades.

To usefully prepare for such an impact, the report calls for an overhaul in countries’ risk management “which is fundamentally different from conventional practice”.

“… focus on the high-end, unprecedented possibilities, instead of assessing middle-of-the-road probabilities on the basis of historic experience.” 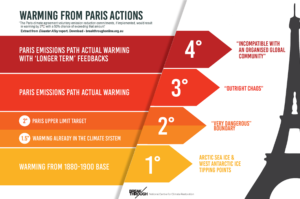 They also offered what they called a plausible scenario providing “a glimpse into a world of outright chaos”.

Given the clear lack of political will and commitment to meet the crisis head-on, the authors examine the growing possibility that emissions will peak in 2030. Drawing on several existing studies they hypothesize on the basis of global temperatures reaching 3C above pre-industrial levels by 2050.

The effect of this would be:

“The destabilization of the Jet Stream has very significantly affected the intensity and geographical distribution of the Asian and West African monsoons and, together with the further slowing of the Gulf Stream, is impinging on life support systems in Europe.

“North America suffers from devastating weather extremes including wildfires, heatwaves, drought and inundation. The summer monsoons in China have failed, and water flows into the great rivers of Asia are severely reduced by the loss of more than one-third of the Himalayan ice sheet.

“Glacial loss reaches 70 per cent in the Andes, and rainfall in Mexico and central America falls by half.”

The Apocalyptic vision doesn’t end there. The above will, according to the report, put the world on track for 5C of warming by 2100. 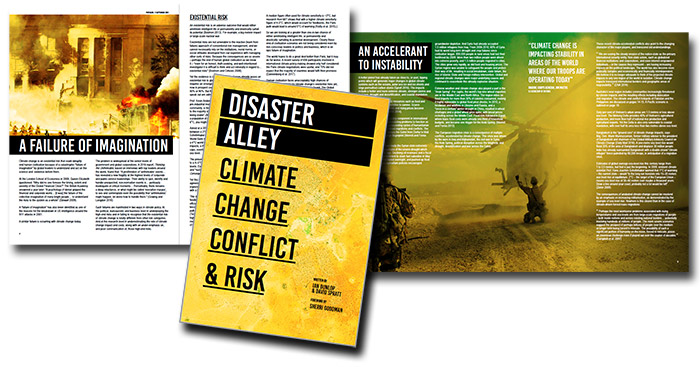 “The paper notes,” Cockburn continues, “that scientists have already warned that warming of 4C is incompatible with an organised global community, would be devastating to the majority of ecosystems, and has a high probability of not being stable. The World Bank said the planet may be “beyond adaptation” to such conditions.”

“Even for 2C of warming,” the report states, “more than a billion people may need to be relocated and in high-end scenarios, the scale of destruction is beyond our capacity to model, with a high likelihood of human civilisation coming to an end.”

The authors say “the world is currently completely unprepared to envisage, and even less deal with, the consequences of catastrophic climate change,” but also put forward policy recommendations which could help to mitigate the worst effects.

“To reduce this risk and protect human civilisation, a massive global mobilisation of resources is needed in the coming decade to build a zero-emissions industrial system and set in train the restoration of a safe climate.

“This would be akin in scale to the World War II emergency mobilisation.”
Admiral Barrie added: “A doomsday future is not inevitable! But without immediate drastic action our prospects are poor. We must act collectively. We need strong, determined leadership in government, in business and in our communities to ensure a sustainable future for humankind.”

One thing is for certain. While we could shrug our shoulders and complacently smirk at the billboard preachers on the seaside and on our highstreets, there is no such luxury here. The mantra of the unlikely prophet that 16-year-old Greta Thunberg has become is simple: “Listen to the scientists.” This sound advice is backed up by Pope Francis and, indeed, Laudato Si’ is founded on sound scientific analysis.

Yes, as Christians, we must prepare and repent. But, most importantly, we must be converted to a new vision and a new way of being. We must become disciples of gentleness, reverence and simplicity, rejecting materialism and selfishness. We must embrace the Cosmic Christ, the Lord of the Universe, in whom we must live and breathe.

You may access the full 28-page report by clicking here.