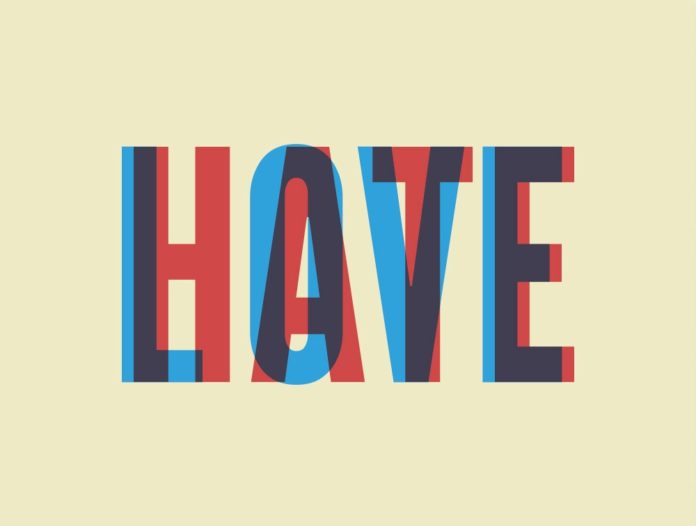 “… there is often a ‘war of ideas’ at the heart of conflict and violence. There is a need for religious leaders to have greater exposure and proficiency in the areas of peace studies, development, comparative religion and international relations.”
– Fr Padraig Devine SMA

Editor’s Note: The BBC Africa Editor, Fergal Keane, met with the Shalom Centre in Nairobi last November while covering the Kenyan Presidential election. Keane was so impressed by the quality of training and service provided by the Shalom Centre for Conflict Resolution and Reconciliation that he later wrote: “What [Shalom] do… matters to all of Africa.” That’s very high praise, indeed, from one of the BBC’s most respected international journalists.

The BBC Africa Editor was particularly impressed by the academic rigor and discipline employed by Shalom in understanding the root causes of conflict, so necessary if one is to engage in a meaningful and long-term resolution, especially in a fractured society where tribal loyalties often mitigate against the common good.

Below, we has chosen to offer an academic reflection by the co-founder of Shalom, Fr. Padraig Devine SMA, who skillfully examines the dynamics that interplay between religion, radicalization and extremism. This is hugely relevant in our world today where all religions, when they fail to remain true to core and shared human values, can pull followers to the extremes and fuel fundamentalist perspectives that offer solace and justification to exponents of violent radicalization.

When religion becomes energised by increasing quantitative institutional membership rather than qualitative spiritual transformation, the potential for it becoming a destructive factor in conflict generation escalates
(Devine, 2011, McMullen, 2017).

This is the experiential and theoretical standpoint that informs the author in terms of the link between religion on the one hand, and the dynamics and drivers of radicalisation and extremism on the other.

In Eastern Africa, evidence for this can be drawn from a multiplicity of examples ranging from attacks on US Embassies in Tanzania and Kenya, businesses in Uganda, Westgate Mall in Nairobi, massacre of students at Garissa University in eastern Kenya, and most notable the ongoing manifest conflict in Somalia. Within this environment, the propagation of religions as institutions becomes the primary focus rather than their core spiritual message with respect to tolerance, peace, truth, justice and mercy. This context often breeds a form of religious ideological extremism which predominantly fosters exclusivist violent tendencies, violating fundamental human rights.

In this respect, religious ideological extremism can be the foundation and driver of radicalisation and extremism underpinning the imperial annexation of territory, solely bent on creating theocracies which are intolerant of all other forms of religious belief or freedoms. Essentially, this points to how religion can potentially be manipulated in the interest of either promoting negative values and extremist positions, or the opposite.

Moreover, all religions depend on the motivations and interpretations of its adherents and therefore are susceptible to misuse of its pedestals. It should be noted, that in the debate on religion causing extremism, some research, (Crone, 2016), suggests that theology remains a prevalent scapegoat for extremism and that most perpetrators of terror already have violent histories and criminal records before they eventually endorsed terroristic acts.

However, it is clear that religious networks, rhetoric and places of worship have been and are abused for radicalisation and extremist aims. This is not a new phenomenon confined to any one religion (Omoka, 1980). The religionisation of politics and the politicisation of religion (Devine, 2011) have severe negative implications on the process deterioration of tolerance to intolerance. This often leads to more radicalised fundamentalism, which in turn becomes a basis for further degeneration into non-violent extremism and manifest extremism, whereby society is to be purged of any contradictory position.

When the purity of the ‘Divine’ values and principles in a religion’s message are distorted, subverted or forfeited in the interest of a religion’s institutional earthly socio-political-economic objectives, the authentic beliefs and corresponding behaviour become toxic.

The idealism and purity of the ‘Divine’ message is subjected to socio-political realism objectives of worldly security and interests. Within the context of clashes, be they ideological, religious or civilizations, (Huntington, 1993), conflict will almost inevitably emerge in forms of structural and/or manifest violence, to achieve these ends. It is within this process dynamic that the tolerance of alternative faiths, institutions, even a person’s right to be born or exist, becomes unacceptable. This is unquestionably evident in the domains of non-violent extremism and manifest violent extremism.

While the institutional concerns of all religions are prone to the dangers of their core spiritual message being radicalised in the direction of non-violent and manifest violent extremism, these dangerous tendencies in Islam have become the focus of paramount attention concerning radicalisation and extremism. However, history has demonstrated, and continues to do so, that these tendencies can be found at various times in most, if not all, major religions of the world. This is evidenced to various degrees in certain forms of fundamentalism and extremism underpinning the history of Crusades, Jihads, Christian-right movements in Europe and USA, traditional African religions, the Hindu BJP in India, among others. Islam does not have a monopoly on these dangers as they are historically found, in the institutional dynamics of other religions, as well as in the secular domain of society. However in the current context of Eastern Africa, the only known religious identifiable social group employing the language and manifest violence of terroristic activity is associated with Islam, specifically Al-Shabab.

Concerning Islam, radicalization and extremism in Africa, and particularly cognizant of Eastern Africa (UNDP, Third Expert Consultation, Addis Ababa, 2015), according to UNDP,
at the level of the community, several formal and informal institutions and dynamics play critical roles … [of which] religious institutions are key. Imams, mosques and madrassas may be insufficiently prepared to play the effective guidance role that may be required of them, especially when internal institutional governance mechanisms are weak or lacking. In such instances, religious institutions become easy targets for recruiters, takeover by extremist groups and for the propagation of extremist-related messaging.

In recent years, there has been a dramatic increase in the number of madrassas (1:7 ratio of mosque to madrassa,[faith associates], which, in many communities are the sole providers of education for the youth. However, as there is little quality control over the curriculum, mosques and madrassas have free reign to teach and preach what they choose. As a result, religious institutions become easy targets for the proliferation of extremist ideologies (2016, p. 9).

These are all clear indications of the interplay between the politicisation of religion and the religionisation of politics. Religion’s role in healing or fuelling conflict, either directly or indirectly, or, as the case may be, deliberately or unintentionally, ultimately has to critique its own institutional politicisation. This is where its institutionalism faces the real danger of usurping the focal point of religion and positioning God as an additive to justify the institution.

When the institution becomes the god-sacred epicentre then violence will seek justificatory arguments defending cases ranging from those of individual abuse to suicide bombing and mass killing. All the major religions of the world have to take stock of the internal dangers in their structures and governance, to avoid their ‘Divine’ or ‘sacred’ message becoming radicalised by institutional concerns leading to non-violent extremism and further evolving towards the justification and actuality of manifest violent extremism operationalised through terrorism.

Advocacy and communication are important tools in tackling radicalisation and extremism. With the increased access to social media and the global problem of misinformation, there needs to be a concerted effort to promote and disseminate an objective factual narrative. This is vital in order to counter those that encourage division, exclusion or demonization of the ‘other,’ to the point where violence is somehow justified and pursued. The lack of objectivity in reporting be it ‘fake news’, mendacious, and/or non-lying half-truth news, is a crucial issue for journalism to address if the devastating processes that lead to terrorism are to be countered. More than ever the qualifications and standards required from journalists need to be assessed against the benchmark of credibility.

Religious institutions have a vocational role and responsibility to play, first and foremost, in fostering the values of truth, justice and mercy over deception and division. Religious leaders and their followers should continuously be engaged in promoting tolerance, bearing in mind that their spheres of influence and opportunities to persuade others are often, for example, psycho-spiritually more in-depth and further-reaching than governmental institutions.

Essentially, there is often a ‘war of ideas’ at the heart of conflict and violence. There is a need for religious leaders to have greater exposure and proficiency in the areas of peace studies, development, comparative religion and international relations.