“The ecological crisis now affecting all of humanity is ultimately rooted in the human heart, that aspires to control and exploit the limited resources of our planet, while ignoring the vulnerable members of the human family.”
– Pope Francis

Editor’s Note: Pope Francis sent the Ecumenical Patriarch of Constantinople, Bartholomew I, a message of support for an International Symposium: ‘Towards a Greener Attica: Preserving the Planet and Protecting its People’, held in Athens from June 5-8, 2018.

The Pope stressed that ‘The care of creation, seen as a shared gift and not as a private possession, always entails the recognition and the respect of the rights of every person and every people.’

The SMA Communications Department are happy to bring this inspiring message to our readers.

To His Holiness Bartholomew
Archbishop of Constantinople
Ecumenical Patriarch

On the occasion of the international ecological symposium “Toward a Greener Attica: Preserving the Planet and Protecting its People”, to be held in Athens and the Saronic Islands, Greece, from 5 to 8 June 2018, I offer Your Holiness my warmest fraternal greetings. With heartfelt appreciation for this worthy initiative, which follows a series of similar symposia in various parts of the world, I also greet His Beatitude Hieronymos II, Archbishop of Athens and All Greece, as well as the authorities, the distinguished speakers and participants.

I recall vividly my visit to Lesvos, together with Your Holiness and His Beatitude Hieronymos II, to express our common concern for the plight of the migrants and refugees there. While enchanted by the scenery of the blue sky and sea, I was struck by the thought that such a beautiful sea had become a tomb for men, women and children who had for the most part sought only to escape inhumane conditions in their own homelands. There I was able to witness for myself the generosity of the Greek people, so richly imbued with human and Christian values, and their efforts, despite the effects of their own economic crisis, to comfort those who, dispossessed of all material goods, had made their way to their shores.

The dramatic contradictions I experienced during my visit help us to understand the importance of the present symposium’s theme. It is not just the homes of vulnerable people around the world that are crumbling, as can be seen in the world’s growing exodus of climate migrants and environmental refugees. As I sought to point out in my Encyclical Laudato Si’, we may well be condemning future generations to a common home left in ruins. Today we must honestly ask ourselves a basic question: “What kind of world do we want to leave to those who come after us, to children who are now growing up?” (ibid., 160). In the wake of the ecological crisis we ought to undertake a serious examination of conscience regarding the protection of the planet entrusted to our care (cf. Gen 2:15). 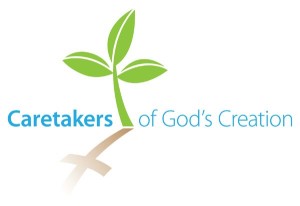 The care of creation, seen as a shared gift and not as a private possession, always entails the recognition and the respect of the rights of every person and every people. The ecological crisis now affecting all of humanity is ultimately rooted in the human heart, that aspires to control and exploit the limited resources of our planet, while ignoring the vulnerable members of the human family. “The violence present in our hearts, wounded by sin, is also reflected in the symptoms of sickness evident in the soil, in the water, in the air and in all forms of life” (Laudato Si’, 2). We cannot ignore the ubiquitous and pervasive evil in today’s situation, “where sin is manifest in all its destructive power in wars, the various forms of violence and abuse, the abandonment of the most vulnerable, and attacks on nature” (Laudato Si’, 66). For this reason, in our Joint Message on the World Day of Prayer for Creation on 1 September last, we stated that “the urgent call and challenge to care for creation are an invitation for all of humanity to work towards sustainable and integral development”.

The duty to care for creation challenges all people of good will, and calls upon Christians to acknowledge the spiritual roots of the ecological crisis, and cooperate in offering an unequivocal response. The annual World Day of Prayer for Creation is a step in this direction, for it demonstrates our shared concern and aspiration to work together in facing this delicate issue. It is my firm intention that the Catholic Church continue to journey together with Your Holiness and the Ecumenical Patriarchate along this path. It is likewise my hope that Catholics and Orthodox, together with the faithful of other Christian Communities and all people of goodwill, may actively work together in local contexts for the care of creation and for a sustainable and integral development.

Beloved brother in Christ, I am profoundly grateful for your commitment to involve religious leaders, scientists, politicians, and business leaders in creating an important network to effectively respond to current challenges. In assuring you of my remembrance in prayer, I exchange with Your Holiness a fraternal embrace of peace.